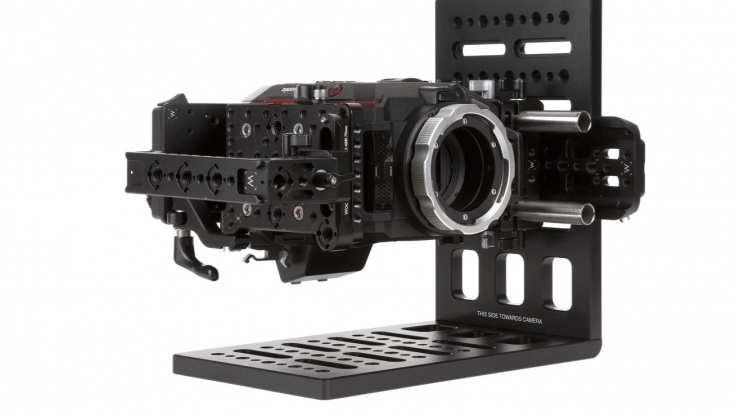 Despite the reluctance, there is a growing request for vertical video content. Sure, you could just use an iPhone, but there is a need for higher quality material to also be produced.

Traditionally there has been two ways to do this. You either take a cropped 9:16 image out of your original frame or you use some sort of vertical video mount for your camera.

The Vertical Camera Bracket has 1/4-20 and 3/8-16 threaded holes plus pass-through slots on both the horizontal and vertical plates for attaching to tripod plates, camera bodies, ARRI dovetails, and more.

The plate has been designed to he bracket can accommodate even the heaviest camera packages.

It is made from durable, CNC machined aluminum. It retails for $295 USD.

The Mini Vertical Camera Bracket has 1/4-20 and 3/8-16 threaded holes plus pass-through slots on both the horizontal and vertical plates for attaching to tripod plates, camera bodies, and more in a vertical position. It is made of durable, CNC machined aluminum.

The mini bracket is 45% lighter than the full-size version to accommodate smaller camera setups. It retails for $195 USD.

Handle adapters are installed on the top and bottom brackets of the cage using 1/4-20 screws. Included c-stand adapter can be installed on the lower, 15mm rod, allowing the vertical configuration to be mounted on a baby pin.

Are you getting requests to shoot vertical video? What are you using to do it? Let us know in the comments section below.