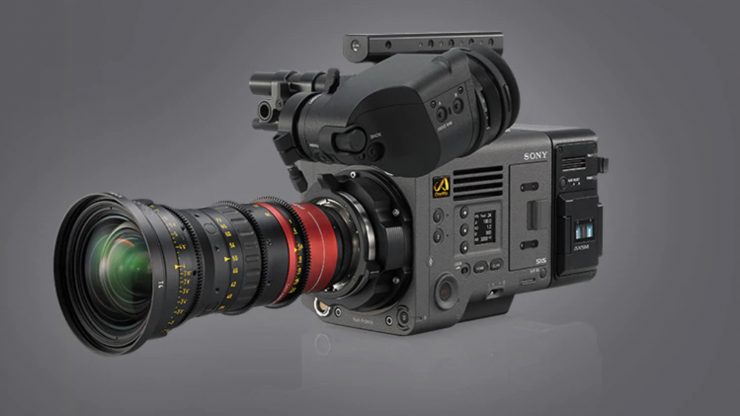 Most of the features in V6 are a direct result of feedback from VENICE customers and users.

V6 firmware will include the following features and additions:

In the 4K 6:5 (4096 x 3432) anamorphic mode you will be able to capture up to 72fps. This was previously limited to 30fps. You do need the Anamorphic License and HFR License to take advantage of this mode.

3D LUT support was a highly requested feature from VENICE users. With V6 firmware you will be able to assign a specific 3D LUT to the VF.

This is quite a complicated subject and I will have a lot more detailed stand-alone article that you can also read.

Advanced Rendering Transform (.art) is a new LUT implementation that was developed by Sony and Technicolor. In Laymen’s terms, it is a better way of representing a LUT than a traditional 3D Cube LUT.

A .art file will give you a lot better results than using a 3D Cube LUT.

You will be able to take any regular 3D LUT and transform that into a .art file.

The new .art files will only be supported in the VENICE. You won’t be able to use them on any other Sony camera. .art will be supported by software such as Davinci Resolve.

The VENICE previously only had one user frame line, but with V6 firmware a second one will be added. This allows you to have two sets of frame lines up on the screen at once which is handy if you are shooting for multiple aspect ratios.

This is important because more and more productions are now having to frame and distribute content in multiple aspect ratios.

The Gyro Tilt/Roll information that can be capture by the camera will be able to be stored directly within the metadata of the X-OCN and XAVC files.

This is mainly to help with post workflows where footage may need to be stabilized.

This new addition allows the user to see the genlock and timecode status directly on the on-screen display.

The Fujinon Premistalarge format zooms have the ability to output eXtended metadata. V6 firmware will allow the VENICE to take advantage of this.

De-Squeeze ON/OFF can be assigned to a User Button

If you are shooting in any of the anamorphic modes that are available on the VENICE you will be able to set the De-Sqeeze ON/OFF function to any of the camera’s user buttons.