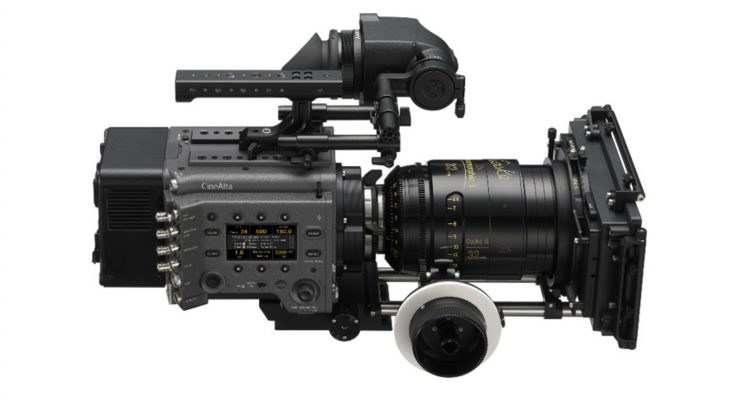 Sony has announced Advanced Rendering Transform, a new addition to the VENICE that will be coming in the V6 firmware update.

Advanced Rendering Transform looks to be an interesting new way of monitoring images on set and through the post process. Although the system is only currently going to be for the Sony VENICE, it could well get other manufacturers to look closely at how they could improve the way looks or LUTS are used and implemented.

So what is Advanced Rendering Transform?

Advanced Rendering Transfor, or .art, is probably best explained as a modern, more up to date implementation of a 3D LUT. While it is a Look File and not technically a LUT, it is doing a similar thing.

Advanced Rendering Transfer is a joint development between Sony and Technicolor and it was done to primarily improve picture quality when compared to a traditional 3D LUT. 3D Cube LUTS can show banding and other image artifacts, but Sony says that .art files provide a much better viewing image.

The .art file can be applied directly to the viewfinder, HD output, or outputs 3 and 4 on the VENICE. The .art file is getting to the camera’s outputs before it becomes processed. With a 3D Cube LUT, it isn’t applied till after the video processing has taken place. This is the big difference between how a 3D Cube LUT works and how a .art file works on the VENICE.

If I’m going to play the devil’s advocate for a second, in some ways, Advanced Rendering Transfer looks like it could just be a workaround for some of the processing limitations of the VENICE.

(*This will only be available in V6 firmware)

How do you create a .art file?

This is not difficult at all. Any existing 3D Cube LUT can be transformed into a .art file inside Sony’s RAW viewer. The file is also fully encrypted so nobody can steal your particular .art file and use it.

Software such as DaVinci Resolve will support .art files so you can create them there and then export them straight out to be uploaded into the VENICE. Sony is also talking to Adobe and I imagine Apple as well.

Technicolor is creating a Look Libray specifically for the VENICE that will originally consist of 5 looks. These will include Film Emulation Looks.

Rec.709 will be the initial display target, but I fully expect HDR versions such as PQ and P3 looks to eventually be added.

Technicolor has been working on this Look Library ever since they did the post workflow for Claudio Miranda’s VENICE launch film, “The Dig“.

These Looks will be able to be downloaded from either Sony or Technicolor. This Look Library will be free of charge.

Presumably, Technicolors .art looks will need to also be available as CUBEs to use in post.

Essentially, it looks like Sony is using a proprietary format to enable the look to be applied upstream, which is sensible and explains why it is better quality than a 3D CUBE LUT.

I’m not exactly sure what transformation is taking place when the 3D CUBE LUT is being converted into a .art file. I’m sure the answer to that is quite a technical one and will eventually come out n a white paper.