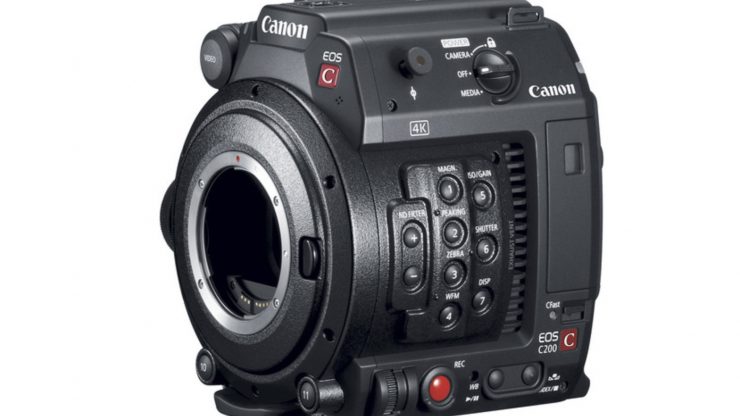 There are also new firmware releases for several Reference Displays.

These firmware updates provide improved workflow, ease-of-use, file editing compatibility with popular NLE systems, and creative flexibility for products in the Cinema EOS, Professional Camcorder, and 4K Reference Display lines. All of the firmware updates for Canon cameras will be free.

Now, before you get too excited, these are not major firmware updates.

This is a strange one considering the camera was just announced. The EOS C300 Mark III Digital Cinema Camera update will now show the chosen resolution and color sampling settings on the onscreen display by default.

The EOS C700, C700 FF, and C700 GS Digital Cinema Cameras will get the following features:

The XF705 Professional Camcorder update will include:

The DP-V1711 and DP-V1710 4K Reference Displays paid firmware updates will offer an upgrade license and will raise full-screen peak luminance from 600 to 1000 nits. Also, full-screen peak luminance is now supported by a local dimming algorithm from 300 to 600 nits. The combined updates/upgrades listed here (both paid and free) for these reference displays would completely overhaul the image quality, which would be an impressive 1,000,000:1 full-screen contrast ratio.