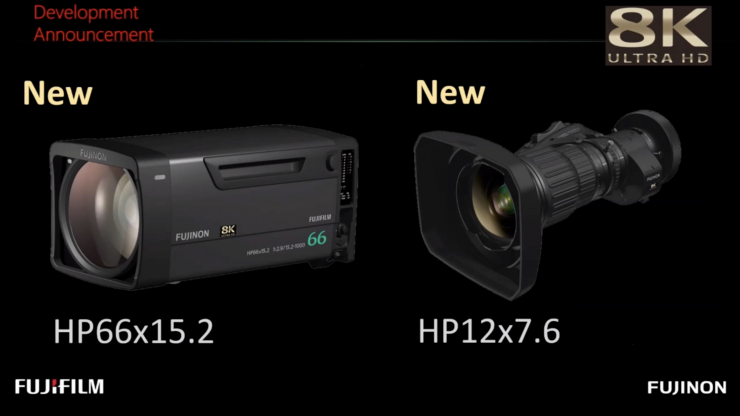 Both lenses are in direct response to future customer demands for 8K outside broadcast lenses. Now, there is no such thing as 8K and 4K lenses, when Fujinon is referring to 8K lenses they are referring to lenses that have been specifically made to resolve 8K images. Recording 8K video, which has four times the resolution of 4K video, requires lenses with exceptionally advanced optical performance.

Mass 8K broadcasting is still a long way off and as far as I am aware, Japanese broadcaster NHK is the only company that is currently doing any form of 8K delivery over satellite.

8K over a 5G network was tested during the Basketball Worl Cup that was held in China last year. Fujinon 8K lenses were used during that production.

The Fujinon HP66X15.2ESM is a box lens with the world’s longest 8K
focal length of 1,000mm. It also has the world’s highest zoom magnification of 66x.

The HP66X15.2 also features the latest high-performance optical image stabilization mechanism which is important when you are on the long end of the zoom range.