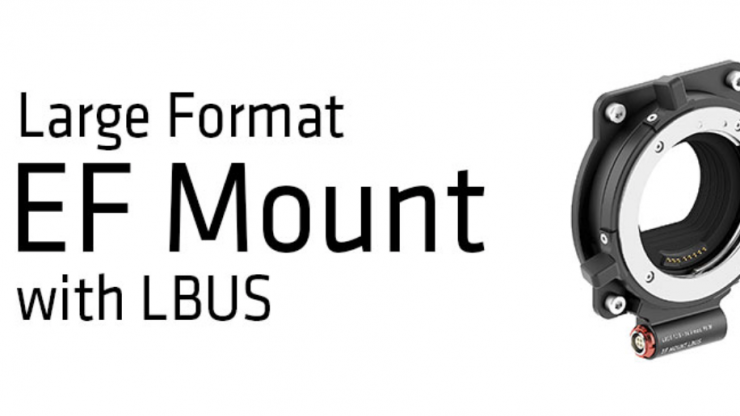 One of the most requested products from ALEXA Mini LF owners has been an EF mount. Well, there is a new one available that has a built-in LBUS.

Canon EF glass is everywhere and with an EF mount, you can get the benefits of IS lenses and control the aperture electronically. If you couple an EF mount with an ARRI Master Grip or OCU-1 you can also control focus without the need for a lens motor.

The existing ARRI EF mount that was available for the AMIRA and ALEXA Mini did work on the Mini LF, but now there is an EF Mount (LBUS) with an LBUS connector and a new, wider light baffle working for Super 35 and large format

ARRI is happy to announce that it’s now available to order. The mount will work on all ALEXA Minis, AMIRAs, and ALEXA Mini LFs and now sports an LBUS port for daisy-chaining cforce motors, LCUBEs, Master Grips, OCU-1s, and other LBUS devices.

The mount will cost $2,495 ex GST in Australia, so the US price should be around $1500 USD. The existing EF mount will continue to exist in the product lineup as a cheaper option for those AMIRA owners who don’t require LBUS.