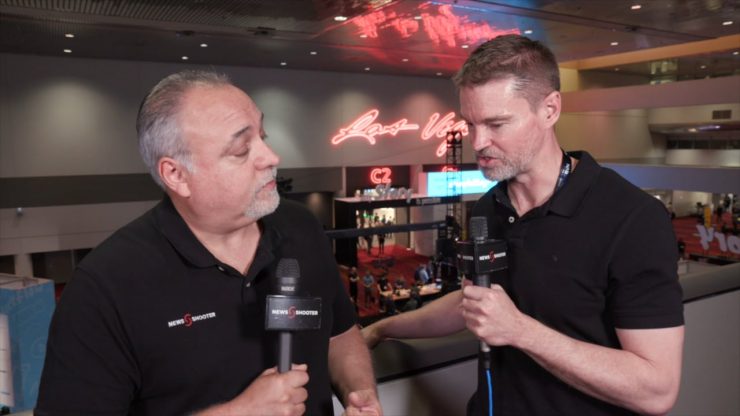 With the Coronavirus now directly or indirectly affecting people in over one hundred countries, the cancellation of a trade show such as NAB is minor news.

None the less, with the cancellation of NAB, I wanted to pose the question ‘Are trade shows still relevant?’ Many people are probably wondering why it took NAB so long to cancel the show. Well, it probably was due to two main reasons:

Money is always going to be a primary reason for not wanting to cancel anything. NAB usually has around 100,000 attendees from more than 160 countries. There are more than 1,600 exhibitors and it generates up to $20.2 Billion USD in purchasing power.

This is not to mention all of the money that gets spent in Las Vegas by attendees and exhibitors. Cancellations affect everyone from the person who was making sandwiches at a food stall, to companies who lose a lot of money in an abandoned investment.

In no way should money ever become more important than people’s health and doing the right thing. Ultimately NAB made a responsible decision by canceling the show.

What NAB, and this probably goes for a lot of other trade shows as well, fear the most, is becoming irrelevant. With NAB now not going ahead, companies are being forced to change marketing strategies and move a lot of what they do online. What trade shows like NAB fear, is that if online presentations turn out to be successful will more and more companies start shying away from attending trade shows?

It is certainly a legitimate fear. The first NAB Show was held in 1923 in New York and it has been ongoing now for almost 100 years.

NAB has managed to adapt and evolve over time. Yes, there aren’t nearly as many announcements being made at NAB these days, but that is more to do with company strategy than anything else. The strategy these days is to announce a product prior to a show so you drum up interest for people to attend and see it for the first time.

The problem in the past with making a product announcement at the show was that multiple companies were making big announcements at the same time and you product could be overshadowed by someone else’s.

I think Blackmagic had a lot to do with this, especially when they started announcing cameras at the show. As they were stealing all the limelight, other companies announcements were getting overshadowed so we saw a move towards pre-announcing products before trade shows.

What is interesting is that Blackmagic in recent years has moved towards doing online live stream announcements of its products. Blackmagic has always been an innovative company and I think their way of marketing in recent years is probably a precursor to how a lot of other companies will now start to do things.

This is something I think we will be seeing a lot more of, especially in lew of the NAB cancellation.

For Sony at least, they already have had the live stream in place for many years from NAB. The only difference is that this year, there won’t be able to show any new products to a wide audience in person.

Other companies will also be moving to some form of online presentations. ARRI also announced that they will come up with an alternative way of trying to re-create the NAB booth experience online.

The biggest obstacle for companies is when do you make your announcement and what happens if multiple companies are all doing live streams at the exact same time.

In some ways, the pressure is off to make a big announcement now that the show has been canceled. Companies can delay it, or they can still announce something but they don’t even need to have a working version, because no one is going to be able to see it in person!

So are trade shows still going to be relevant?

With the cancellation of this year’s show and the increased growth of new shows such as Cinegear, will NAB eventually fade into irrelevance? Personally I don’t think so. It will continue to be relevant for the following reasons:

You can’t get the same experience online

With gear, you can’t get the same experience online. Sure, someone can show it to you via a video presentation but you can’t physically touch it or try it out. This is mainly why people attend trade shows.

Trade shows also allow attendees to connect and meet up. In our industry, this is often the only time we get to catch up in person with friends and colleagues from around the world. This is also a major reason why people like to attend trade shows. It is often the events and activities outside of the trade show halls that most people look forward to.

This is perhaps the biggest reason why people want yo go to a trade show. With an online presentation you are locked into a certain time and a certain day that you have to set aside to watch that presentation. At a trade show you can see hundreds of products in one place in the space of a day or two.

Nothing beats having a face to face conversation with a potential buyer or customer. These are relationships that need to be made in person, they can’t be established as easily through other means.

As I mentioned earlier, people want to see and touch and try equipment for themselves in person. Often products are announced and the first time you can see them is at a trade show. This is why trade shows still have their place.

You can also have a conversation with a company representative, make connections and ask questions. This is something that can’t be easily done with an online presentation.

Here at Newsshooter, event coverage is what we are known for. Just because NAB has been canceled doesn’t mean that our coverage of new announcements will change. We are making alternative arrangements to cover new releases and bring you announcements that were to be made prior to and at NAB.

What are your thoughts on trade shows? Do you think they still have a place? Can online presentations replace trade shows? Let us know in the comments section below.