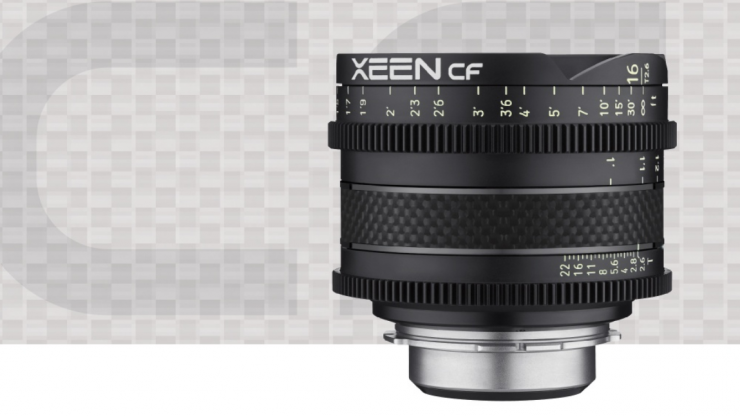 The lenses were originally announced back at IBC 2019 in September.

Above you can see our first look from IBC.

The new additions now join three other focal lengths to create a set of 5 lenses. The 24mm, 50mm, and 85mm have been shipping since November 2019. Below are all the focal lengths that are now available:

The Xeen CF series is based around the current Rokinon Xeen prime lenses. The CF series is lighter and smaller. The barrel construction uses some carbon fiber.

By applying carbon fiber, which is lighter than metal but solid, to the lens body tube, the lenses remain lightweight while maintaining durability.

The Xeen CF lenses have luminous barrel markings so they can be seen clearly at night or when working in dark conditions.