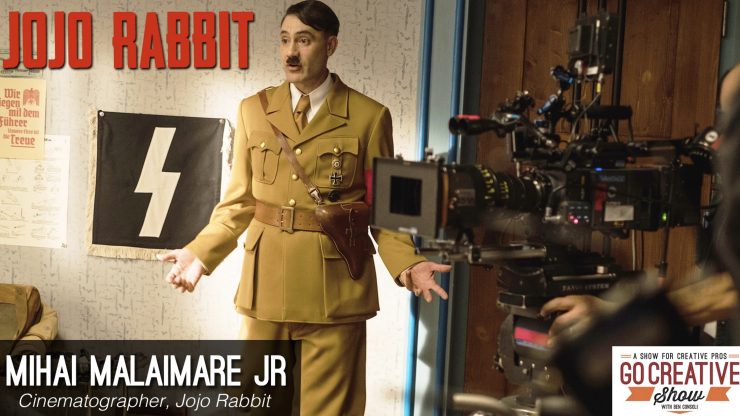 Jojo Rabbit is a film by writer-director Taika Waititi (THOR: RAGNAROK, HUNT FOR THE WILDERPEOPLE). The film is a World War II satire that follows a lonely German boy (Roman Griffin Davis as JoJo) whose world view is turned upside down when he discovers his single mother (Scarlett Johansson) is hiding a young Jewish girl (Thomasin McKenzie) in their attic. Aided only by his idiotic imaginary friend, Adolf Hitler (Taika Waititi), Jojo must confront his blind nationalism.

Mihai and Ben discuss how they used rich color saturation to bring a new visual approach to a World War II film, what it’s like working with an actor who was also directing, how to motivate camera movement and composition, and working with child actors. You can listen to the full episode above.