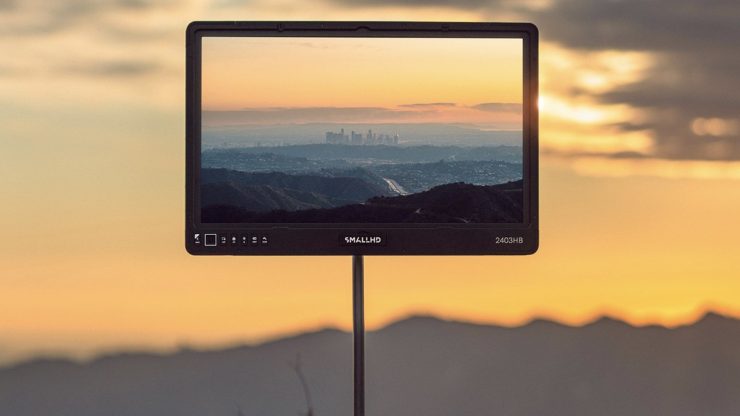 SmallHD has announced the 2403 High Bright, which they claim is the world’s brightest 24-inch production monitor.

To me, there are other aspects of the 2403 High Bright that are of more interest than the extra nits that you get.

The second is price, the SmallHDR 24″ was a whopping $5,499 USD when it was released, the new 2403 High Bright is $2,999 USD. This just goes to show you have much cheaper it has become to manufacturer high-quality panels.

There is no information about color bit depth, but it is safe to assume that it is using the same 8+2 FRC as the majority of SmallHD’s other monitors. This won’t be a true 10-bit panel.

As far as the I/O options do, the monitor has:

For monitoring the 2403 has the usual tools such as scopes, waveform, and Dual View functionality (2x signals side-by-side).

As I mentioned earlier, the 2403 High Bright will retail for $2,999 USD. It is expected to start shipping sometime in the northern hemisphere spring.

While this looks like a decent monitor, it (at least on paper) appears to be more of an incremental improvement over the now discontinued SmallHDR 24″. Yes, it is much cheaper, lighter and brighter, but the resolution, color space and contrast ratio all remain almost the same. In saying that, you should never judge a monitor based on specifications alone.

What do you think about this latest release from SmallHD? Let us know in the comments section below.