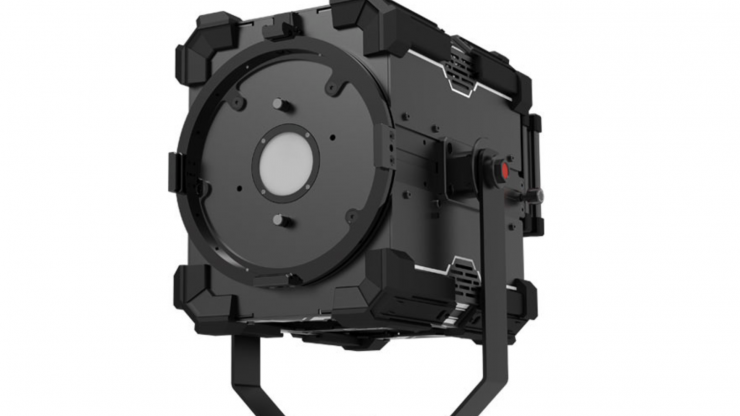 Fiilex has teased its nee MAG 4K First Edition is an LED hard light with a claimed brightness that matches a traditional 4000-watt tungsten fixture.

The Fiilex MAG 4K is a 2800-6500K LED light designed to replace 800W HMI fixtures while boasting similar performance and significantly greater ease-of-use. Its super-bright LED source outputs a smooth 100° wash of light that can be modified with various accessories, which include reflectors, Leko attachments and softboxes.

After the launch of the ARRI Orbiter last year, it was only a matter of time before we started seeing other manufacturers start to bring out multi-purpose lighting fixtures that have been designed with a similar concept in mind.

Above you can see a video to where gaffer Luke Seerveld put the MAG 4K head-to-head against competing HMIs with Jeffrey Lee, Fiilex’s Head of Product Development.

Above you can see some performance figures that Fiilex is quoting. Please bear in mind that I have no way of independently verifying these figures.

The MAG 4K will officially launch later this year, but preliminary units are being made selectively available. There is currently no indication of pricing.