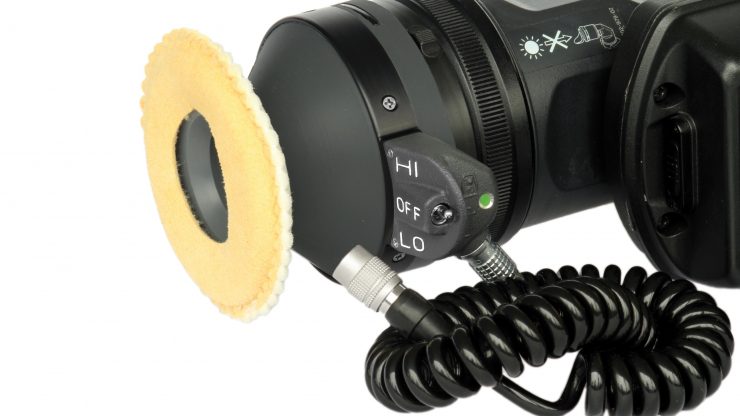 If you are familiar with ARRI viewfinders, you will know that a lot of them can be fitted with optional heated eyecups. In fact, some of ARRI’s latest viewfinders like the ALEXA Mini LF’s MVF-2 has one included as standard.

The DENZ product isn’t new, but I thought it might be interesting to point it out to our readers.

The DENZ Shut Eye heater works in conditions down to – 18°/0° F) -and it has two settings. A heated eyecup stops your viewfinder from fogging up which can be very problematic when you are working in freezing cold conditions.

While this product isn’t going to be for everyone, if you are working in countries where it gets extremely cold, it may be worth checking out.