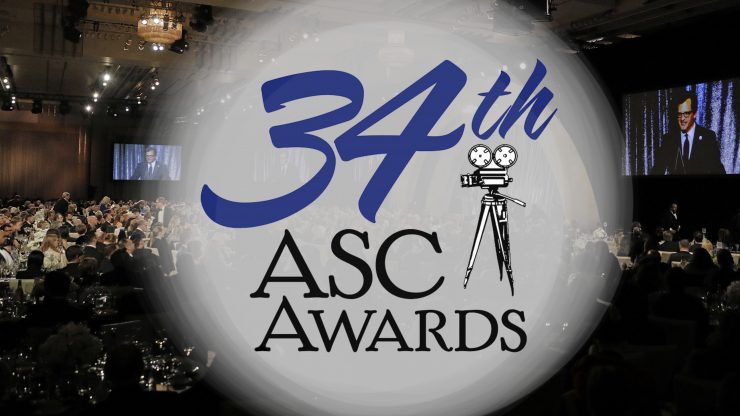 The ASC has celebrated its 34th annual awards in Hollywood. The ASC Awards recognize excellence in motion-picture imaging for feature films, television, and documentaries.

Winning an ASC Award may not come with the same level of fanfare associated with winning an Academy Award, but it probably should. These awards are one of the highest achievements you can receive as a cinematographer.

Below are the nominees and winners.:

This is Deakins’ fifth ASC Award win. He previously won for The Shawshank Redemption, The Man Who Wasn’t There, Skyfall and Blade Runner 2049. 1917 also marks his 14th ASC Awards nomination. He was also nominated for Fargo, Kundun, O Brother, Where Art Thou?, The Assassination of Jesse James by the Coward Robert Ford, No Country for Old Men, The Reader, Revolutionary Road, True Grit, Prisoners, Unbroken and Sicario.

Episode of a Series for Non-Commercial Television

This is Watkinson’s second ASC Award nomination for The Handmaid’s Tale and first win. His work on the series has also earned him an Emmy Award.

Episode of a Series for Commercial Television

This was Miles’ first ASC Award nomination and win. He began his career as a grip in Kuala Lumpur, Malaysia, then worked his way up through the camera department before getting his first break as a commercial cinematographer for the Vietnamese TV market.

Motion Picture, Miniseries, or Pilot Made for Television

This is Conroy’s second ASC Award nomination and win. He previously won for his work on the period horror series Penny Dreadful

This is the first year that ASC Documentary Award has been given out. The award recognizes exceptional cinematography in non-fiction filmmaking.

Fejmi Daut & Samir Ljum recently won the World Cinema Documentary Special Jury Award for Cinematography at Sundance. This was the first ASC Award nomination and win for both the filmmakers.

McCuaig has provided a great deal of service to the Society: He teaches the art of shooting second unit as an ASC Master Class instructor; volunteered to help with the ASC Awards for more than a decade; and now chairs the ASC Awards Committee.

Morgan is a 10-time Primetime Emmy winner, earning an impressive 15 nominations. Among his many credits, he has photographed such hit series as Girlfriends, My Wife and Kids, and Moesha. This year, he won the Emmy for Outstanding Cinematography for a Multi-Camera Series for his work on The Ranch.

Delbonnel won an ASC Award for his work on A Very Long Engagement, for which he also received an Academy Award nomination. He has garnered four other Oscar nominations — for Amélie, Darkest Hour, Inside Llewyn Davis and Harry Potter and the Half-Blood Prince — as well as two Camerimage Frogs and one César. His work also includes Faust, Dark Shadows, Big Eyes, Miss Peregrine’s Home for Peculiar Children, The Ballad of Buster Scruggs and the upcoming The Woman in the Window

Board of Governors Award- Werner Herzog

The ASC Board of Governors Award is given to industry stalwarts whose body of work has made significant and indelible contributions to cinema. It is the only ASC Award not given to a cinematographer and is reserved for filmmakers who have been champions for the visual art form.

Herzog has produced, written, and directed more than 70 feature and documentary films, earning multiple awards and nominations over the past seven decades. He received an Oscar nomination for Best Documentary Feature for his work on Encounters at the End of the World (2009), and Little Dieter Needs to Fly (1997) was Emmy nominated for Outstanding Non-Fiction Special (1997). His extensive list of accolades hail from film festivals (Venice, Sundance, Cannes, Berlinale, etc.) and industry organizations, including the DGA, International Documentary Association, Film Independent, and the National Academy of Television Arts & Sciences.

Elmes collaborated with David Lynch on Eraserhead, Blue Velvet and Wild at Heart and John Cassavetes on The Killing of a Chinese Bookie and Opening Night. His feature film work also includes multiple pictures for directors Ang Lee — The Ice Storm, Ride with the Devil and Hulk — and Jim Jarmusch — The Dead Don’t Die, Broken Flowers and Paterson.

He won Independent Spirit Awards for Night on Earth and Wild at Heart and earned a third nomination for Blue Velvet. He won an Emmy for The Night Of and nomination for In the Gloaming