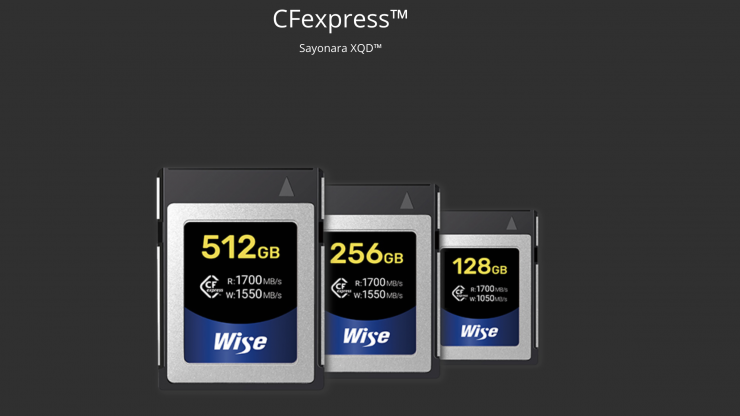 The Wise CFexpress (Type B) memory cards and card reader (WA-CX01) are now available now in limited quantities. They have been specifically designed to work with the Canon EOS C500 Mark II, Nikon Z 6 and Z 7.

CFX-B series CFexpress enables 8K RAW continuous shooting and video recording for future premium DSLR, Mirrorless and video cameras. With the design of PCIe Gen3 interface, the card provides blazing speeds of up to 1700 MB/s read and 1550 MB/s write, which is over 3 times faster than the best CFast 2.0 and XQD cards.

The cards are backward compatible with the XQD form factor with updated cameras to optimize performance.

Wise CFexpress cards are water-proof, dust-proof, shock-proof, and can be operated in temperatures ranging from 14˚F to 158˚F (10˚C to 70˚C).

They come with 2-year manufacturer warranty and are available in capacities of 128GB, 256GB, and 512GB.