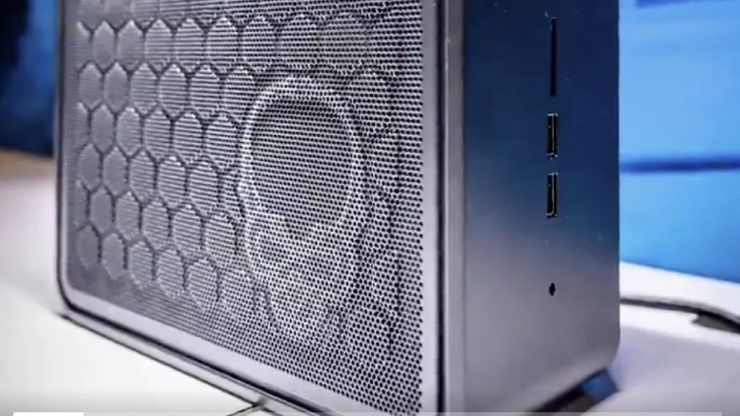 While the design and skull livery is a bit over the top, the NUC 9 is being targeted at gamers. NUC stands for Next Unit of Computing.

With the NUC 9, you can swap out the CPU, GPU, memory, storage, and ports.

The Intel NUC 9 Extreme Kit, is claimed to be the highest-performing Intel NUC available for consumers today. While it is primarily being targeted at gamers, the NUC 9 could also be used by content creators.

The kit comes in a range of top-end 9th Gen Intel Core processors (H-series), including for the first time an unlocked Intel Core i9 processor—the highest-performing H-series processor available today. With a 500W internal power supply and integrated cooling, these compact systems run cool and quiet while delivering desktop-level graphics performance on the latest AAA games.

the i9 version is expected to start shipping in March for around $1700 USD.