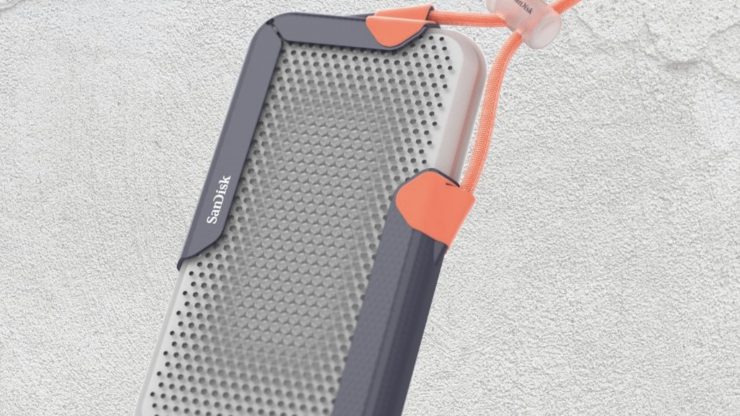 At CES 2020 in Las Vegas, Western Digital, which owns Sandisk, and G-Technology, was showcasing the world’s first 8TB SSD.

With cameras increasingly shooting higher resolutions and producing more data than ever before, there is a real need for higher capacity, faster, bus-powered, portable storage. Most portable SSDs top out at 2TB of capacity. It is good to see that 8TB SSDs are now on the horizon.

The design features some molded rubber that surrounds most of the frame. There is also an included strap and carabiner so users can attach it to the inside of a backpack etc. The drive clearly looks like it is intended for the traveling content creator who needs a large capacity, rugged drive that will survive out in the field.

There are no specifications or other details currently available. I wouldn’t expect the drive to be bargain-priced. Whenever a new hard drive comes out with a groundbreaking capacity, you are always going to pay a premium.

In 2020 we are sure to see a lot more hard drives and storage media coming to market. I would expect to see larger capacities and faster media dominating the headlines.