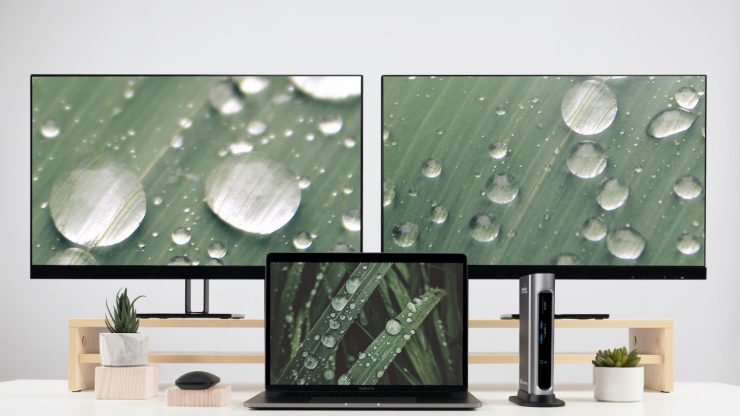 At CES 2020, Plugable has announced its new Thunderbolt 3 & USB-C Docking Station. Called the TBT3-UDZ is can deliver up to 100W of power.

According to Plugable, the TBT3-UDZ is the most versatile, powerful and accessible docking station in 2020, exceeding limitations of other docking stations on the market.

The docking station features 14 ports (Video, USB, SD/MicroSD, Ethernet, Audio), making it one of the most comprehensive docking stations available, ideal for the most demanding of professions that require multiple inputs and peripherals.

Its unique design allows users to connect up to two additional 4K displays using either HDMI or DP without the need of external adapters. Plugable claims that this is the first Thunderbolt 3 docking station to offer this feature.

The TBT3-UDZ is built upon the latest Intel Titan Ridge chipset, which enables it to offer the widest compatibility with Thunderbolt 3 and USB-C laptops on the market. Its dual connectivity saves users from having to pick a docking station for either type of laptop.

The TBT3-UDZ’s 100W power delivery is the highest charging wattage to be implemented in Plugable’s line of docking stations. With Apple now releasing notebooks with 96W chargers, such as the new 16” MacBook Pro, the TBT3-UDZ is said to be the best docking station to pair with these devices.