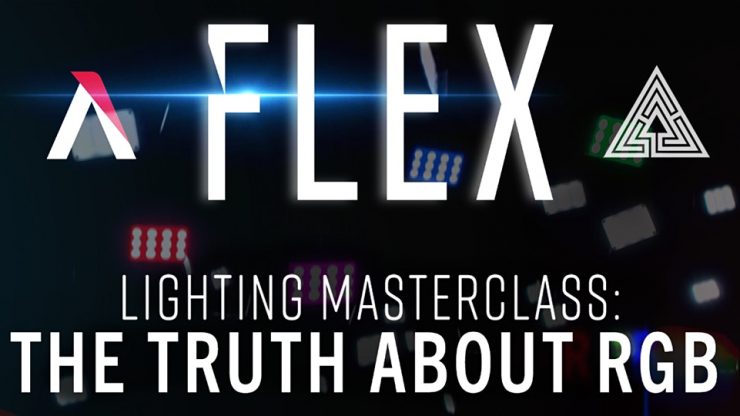 Aputure is putting on a free lighting masterclass in Los Angelas on Thursday, January 9, 2020, from 5:00 PM – 10:00 PM PST. The lighting masterclass is called “The Truth About RGB”. The class will be lead by Aputure’s Ted Sim and Quasar Science’s Tim Kang, as part of their FLEX (Film Lighting Experiences) Series. This free-to-attend event will be focusing on how to use LED, understand a new-age lighting workflow and identify limitations of the film industry’s most exciting and popular equipment.

To register use this Eventbrite link. Please note that registering does not guarantee entry as the masterclass is first come first serve.

In addition to bringing a LIVE demonstration of lighting and the limitations of LED that our industry faces, they will also reveal potential pitfalls that you may have already faced on your productions but have been unable to identify. Filmmakers, cinematographers, content creators and even union lighting technicians of all different levels will benefit from this masterclass. This class is not only a workshop in LED but also in the underlying color science and a live demonstration of why we perceive lighting the way that we do.

In hopes of educating, informing, and bringing the filmmaking community even closer together, Aputure and Quasar Science are thrilled to also be partnering with Lee Filters, Rosco and Sekonic and would like to especially thank the sponsors who have supported getting this knowledge and the truth to you: Samy’s Cinemaworks, F22 Studios, and Cinelease.

This event will take place at LA FILM BOUTIQUE on January 9th, so mark your calendars.

Tim Kang serves as the color science and cinematography engineer for Quasar Science. He also works as a cinematographer in the film & TV industry on narrative, commercial and documentary projects and formed the ASC Motion Imaging Technology Council’s Lighting Committee. He strives to help fellow filmmakers succeed in their craft with their filmmaking tools. He received his Master of Fine Arts (MFA) in cinematography at the American Film Institute Conservatory and has received mentorship from Stephen Lighthill, ASC; Robert Primes, ASC; David Stump, ASC; and Ron Garcia, ASC.

Ted Sim is the President of Aputure USA, one of the fastest-growing cinema lighting companies. Ted is proud to serve as a part of Aputure’s management team and work with like-minded creatives every day. In a span of six years, Aputure has shaken the film industry from the ground up by proving that high-quality lighting can be created and offered by the very filmmakers that use them. Today, Aputure lights are used not only by the greatest independent filmmakers and documentarians but also on Emmy and Oscar award-winning television shows and feature films. In his time apart from Aputure, Ted also hosts Indy Mogul, the webby-award winning filmmaking channel with 1 million+ subscribers.