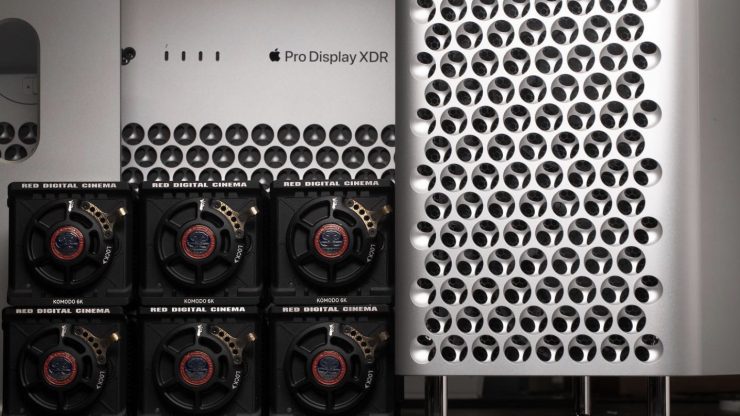 RED and Apple have completed METAL GPU accelerated R3D support in the SDK that will be rolled out to developers over the next 24 hours.

This support will also be integrated into the next major release of FCPX.

According to RED, the SDK went out to DaVinci Resolve earlier in the week and there will also be support for use in Avid. If you are a Adobe Premiere Pro user you will have to wait. There is no indication currently of when it will receive support.

3rd parties can start integrating into their apps. Getting the Metal SDK done took priority over re-writing REDCINE-X to support metal so somewhat ironically you will likely see all the NLE’s support it before REDCINE-X does.

If you are a Windows user, RED says “And for the windows folks don’t worry you have some CUDA love coming your way over the next 24 hours as well…”.

What is still unclear is there hasn’t been any mention of whether or not the SDK includes support for the Afterburner card.

“Apple’s new hardware will bring a mind-blowing level of performance to Metal-accelerated, proxy-free R3D workflows in Final Cut Pro X that editors truly have never seen before. We are very excited to bring a Metal-optimized version of R3D.”

With the new MacPro now rolling out the door, this is welcome news from RED and Apple.