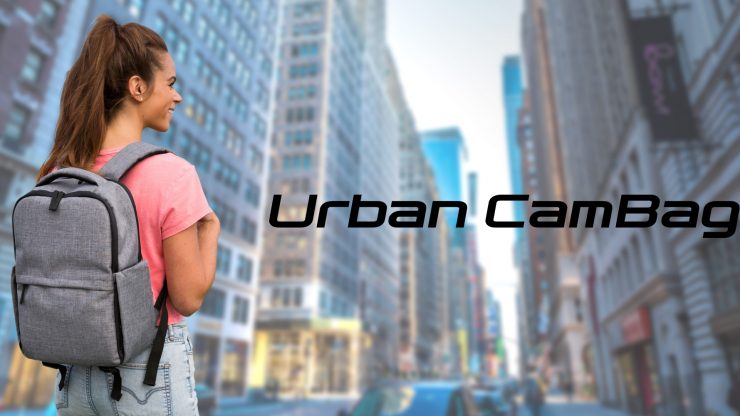 The Urban Cambag features two storage spaces that can be combined or separated. Libec has tried to design the bag so that it doesn’t look like a camera bag. Sometimes you don’t want your bag to give away what you are carrying or what you are doing.

The second reason for designing it to look this way is so that you can use it as a regular bag when you aren’t using it for camera gear, our if you want to use it for camera gear and personal effects. The lower storage space is cleverly designed to store camera equipment, while the upper storage space can be used for anything else. The lower storage can be opened from the side, making it easy to remove a camera. When a camera is not being used, the partition between the two storage spaces can be easily collapsed, increasing the bag’s storage capacity.

The inner case has an adjustable partition design allowing users to adjust the inner dimensions according to their camera. The inner case for camera storage can be removed from the bag, making it easier to remove a camera and lens.

The CamBag’s are designed to carry laptops up to 14 inches in size, the laptop’s storage space is conveniently located towards back side of the bag. This is a little limiting and I’m not sure why Libec didn’t make space for at least a 15” laptop.

With the equipped Trolley Sleeve, users can attach the bag to a rolling suitcase handle.

The Urban Cambag 17 is equipped with a sternum and waist strap to comfortably and firmly fit a user’s body, increasing stability during movement. The waist strap is removable, allowing users to store it when it is not being used.

The carrying handle’s shape is designed to comfortably transport even the heaviest loads.

As a standard accessory, a rain cover is included with the Urban Cambag.

The Urban CamBag retinas for $95 USD and the CamBag 17 is $110 USD. The bags should be available to purchase shortly from anywhere that distributes Libec products.