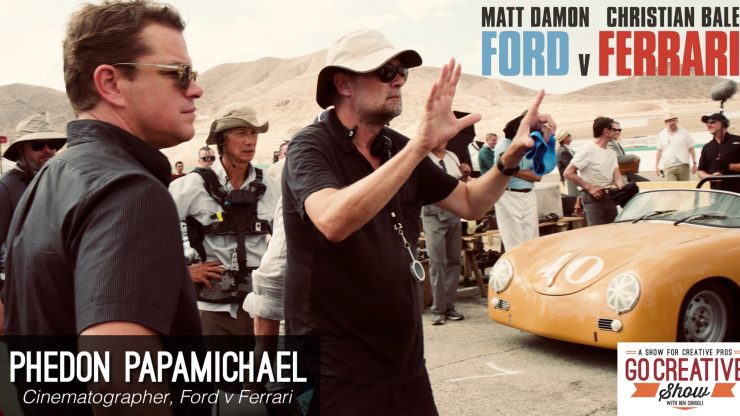 On this week’s Go Creative Show podcast, cinematographer Phedon Papamichael ASC talks about filming Ford v Ferrari. Phedon and host Ben Concoli discuss how the race scenes were shot, the benefits of filming on the fly vs using storyboards, the challenges of shooting in a functioning airport.

Phedon Papamichael ASC has filmed such movies as Walk the Line, Nebraska, The Descendants, and Downsizing.