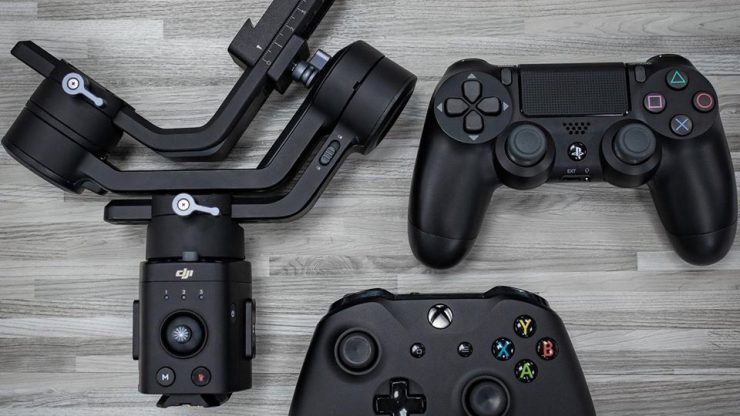 DJI has released firmware V2.1.1.0 for the Ronin-s & V1.3.0.20 for the Ronin-SC that adds a few new features including support for using PS4 DualShock and Xbox controllers to control the gimbal and camera.

The controls are completely customisable in the app.

How do you set up the PS4 DualShock & Xbox Controllers?

In order to control the gimbal, connect the PS4 DualShock controller or Xbox controller to the mobile device via Bluetooth.

If you’re wanting to use an Xbox controller, make sure to pick up the newer models which have Bluetooth.

You can identify the newer, Bluetooth models by looking at the top of the controller.

To update your Ronin-S, use the DJI Assistant apps.

· Added photo capture, video recording, autofocus, and focus pull support for Panasonic S1H cameras with supported L-mount lens using a Multi-Camera Control Cable (MCC-C). To use autofocus on the Panasonic S1H, press halfway down on the camera control button of the gimbal.

· Added photo capture, video recording, autofocus, and focus pull support for Nikon Z50 cameras with supported Nikkor lens using a Multi-Camera Control Cable (MCC-B). To use autofocus on the Nikon Z50, press halfway down on the camera control button of the gimbal.

· Fixed issue: zoom settings on Sony cameras could not be saved after the gimbal rebooted.