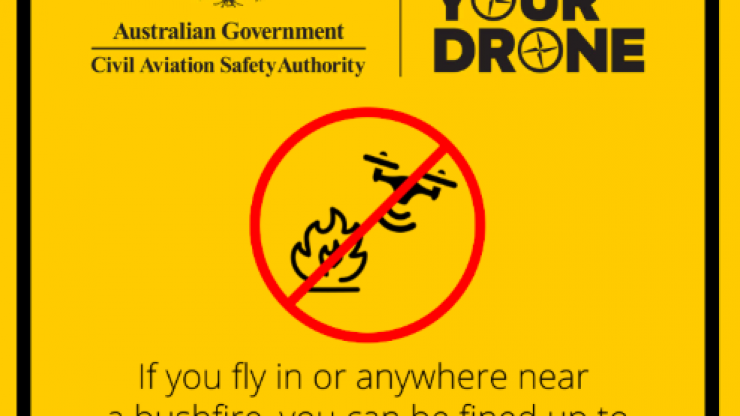 Australia is experiencing very bad bushfires and CASA, the Australian Civil Aviation Safety Authority has taken to Twitter to remind users of drones to stay away or otherwise be heavily fined or/and face jail time.

Flying your drone in Australia anywhere near bushfires could cost you up to $10,500 AU. Creating a hazard to firefighting aircraft may also result in two years jail.

CASA goes onto say, Emergency situations can be dangerous for people, property and the environment.

Flying your drone near emergencies can cause major safety risks to response teams both in the air and on the ground.

While it might be tempting to take footage, doing so could break the drone safety rules and affect rescue efforts.

If you fly – they can’t. Someone’s life could be on the line.

To protect yourself and the safety of others, unless you have specific permission, never fly your drone in or near: