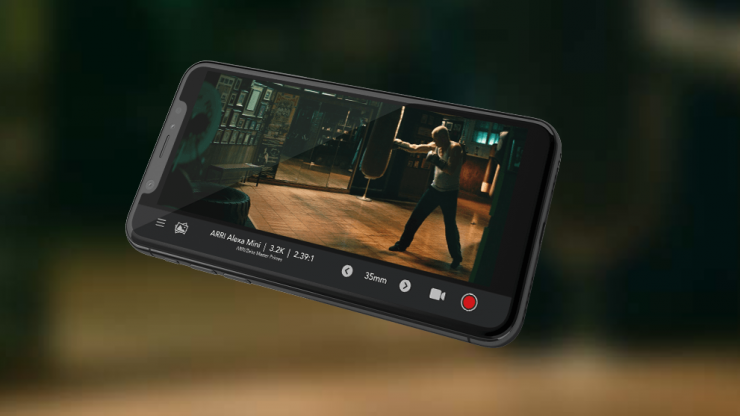 The Cadrage Director’s Viewfinder iOS app has received a major update. The app was re-designed from scratch with a host of new features and a new user interface that has been designed to help speed up its use.

If you aren’t familiar with the app, it allows you to line up your shots with precise framing previews of any professional camera/lens combination and make sure everybody is on the same page during preproduction and on set.

Selecting camera and lenses is easier and you can select framelines in any aspect ratio. Cadrage also now includes a large lens database with close focus and aperture information.

The built-in gallery of Cadrage has now a scene management function that helps improve the organization of larger projects such as features films.

Export options have been expanded with new design options for PDF shotlists, so they can be sent to both crew and clients.

Cadrage now also has a quick switching mode that allows users to toggle between photo and video mode. There have also been a host of under the hood, app performance tweaks.

What cameras can it replicate?

These are the cameras the app will let you use:

The app will also work with just about any mirrorless or DSLR camera.

Cadrage is available on the iOS app store for $19.99 USD with free ongoing updates.