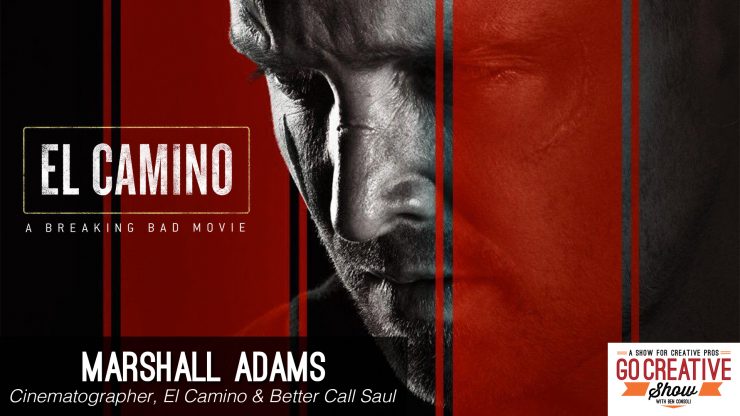 On this week’s Go Creative Show podcast they dive into the Cinematography of El Camino and Better Call Saul with DP Marshall Adams ASC.

Marshall Adams shares a behind the scenes look at the Breaking Bad Universe. Host Ben Consoli and Marshall discuss the making of El Camino, its most challenging scenes, filming with the Alexa 65, Marshall’s lighting philosophy and thoughts on future Breaking Bad films.