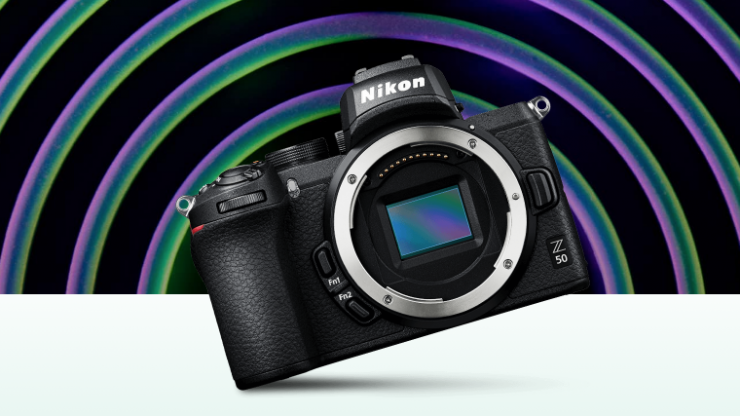 Nikon has announced the Z 50 Mirrorless Digital Camera, the little brother of the Z6 and Z7. The camera will retail for $857.95 USD.

The Z 50’s sensor is based on the sensor design from the award-winning D500, previously considered by many to be the best DX DSLR in Nikon’s history,

The camera borrows a lot of technology and design cues from the Z6 and Z7.

The Z 50 can record 4K/UHD movies at up to 30p, and shoot slow-motion footage in Full HD. You can also capture still frames while filming and also create 4K time-lapse sequences in-camera.

UPDATE: I managed to find out what the recording bitrates are for the Z 50. They are exactly the same as those found on the Z6 and Z7.

For fine-tuning your photos and videos, in-camera clip trimming can be used, and 20 Creative Picture Controls and 10 Special Effects settings are available.

Unlike the Z6 and Z7 that use XQD media the Z 50 records to SD and UHS-I compliant SDHC and SDXC memory cards. Unfortunately, the Z 50 has a recording limitation of 29 minutes 59 seconds when shooting video.

While the camera can output video over HDMI there is no indication of what can be outputted. There also doesn’t seem to be any N-Log profile in the Z 50. There is a Flat picture profile available which is the closest you are going to get to Log.

The camera features autofocus with eye detection. It has 209 focus points and focal-plane phase-detection pixels are incorporated right into the image sensor for good AF performance during both still and video recording.

By pointing the camera towards yourself and flipping the tilting monitor 180° downward to face you, and Z 50 will immediately turn into a selfie camera. The operation buttons and dials also lock, so you won’t accidentally press the wrong button. You can use Touch AF on the LCD to focus and take shots.

The magnesium alloy body is weather-sealed.

Additionally, for easy sharing, built-in Wi-Fi and Bluetooth work in conjunction with the Nikon SnapBridge app for wirelessly transferring photos and videos and remotely controlling the camera from your mobile device.

For stills shooters the camera can capture 11 frames per second continuously with full quality or up to a blazing fast 30 FPS with 8-megapixel stills in silent video mode.

Both Z Mount DX lenses are optimised for the superb light-gathering capability of the wide Nikon Z mount. These zoom lenses focus quickly, quietly, and steadily, making them as great for video as they are for stills. The ultra-portable NIKKOR Z DX 16-50mm f/3.5-6.3 VR is a ‘pancake’ zoom that covers wide-angle to portrait views.