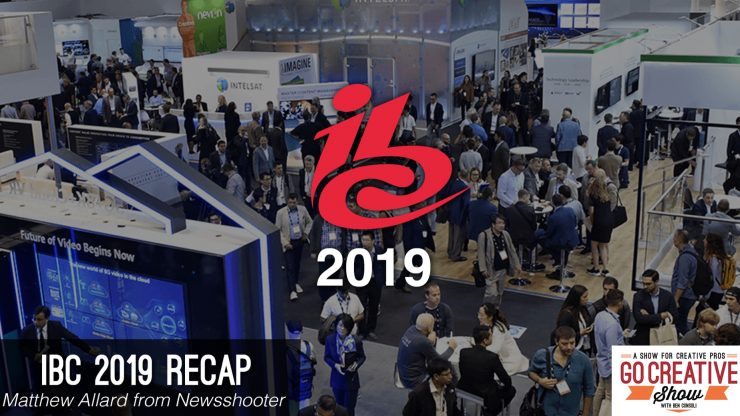 On this week’s Go Creative Show podcast I speak to host Ben Consoli about everything IBC.

Ben and I discuss all the news and announcements from IBC 2019. We dive deep into the Sony FX9, Canon C500 MII, new lights from Arri and Aputure, the future of Raw recording, and so much more.