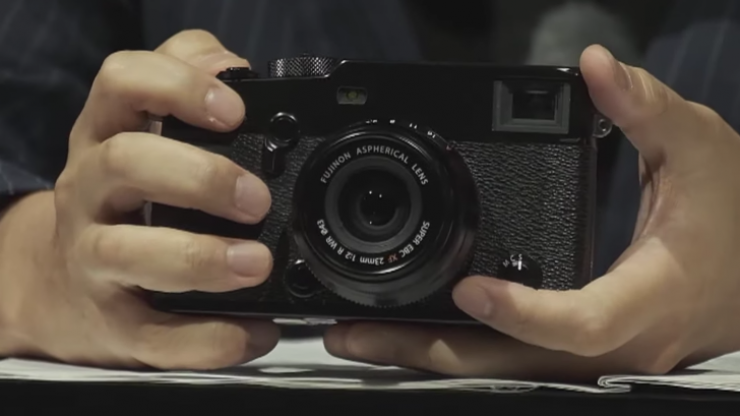 Fujifilm has announced the development of the X-Pro3 during a live stream event in Japan. They also announced a new Film Simulation profile called Class Neg.

The X-Pro3 is a rangefinder camera and it is made out of titanium. Titanium might sound like a strange choice for a digital camera as it maintains a lot of heat. Most camera bodies are made out of aluminum or magnesium alloy because of this very reason. None the less, Fujifilm still chose to use titanium for its increased strength and durability properties.

Fujifilm has also upgraded the hybrid viewfinder. The new viewfinder has a better field of view than the version used on the X-Pro2, as well as higher resolution, brightness, color space, contrast, and improved frame rate.

For the optical viewfinder, Fuji claims they’ve reduced distortion “significantly” and increased the angle of view, so you see more of your frame and you see it more clearly. The electronic viewfinder uses a brand new EVF panel that promises higher resolution, higher contrast, better brightness, a wider color space, and an improved frame rate.

Fujifilm has removed the traditional rear LCD. In its place, you get a small LCD that displays basic settings. This is basically the same sort of display you find on the top of most mirrorless cameras.

There is still an LCD display, but it is hidden and you have to flip the screen out to see it.

This camera is not aimed at users shooting video and it’s likely to have very similar video specifications to the X-Pro2. The X=Pro3 is also likely to use the same 24.3MP APS-C X-Trans CMOS III Sensor as found in the X-Pro2.

The camera will be officially announced on the 23rd of October.

Classic Neg. is a film simulation that controls the totality of the image. It is a more nostalgic look than say Provia or Velvia.