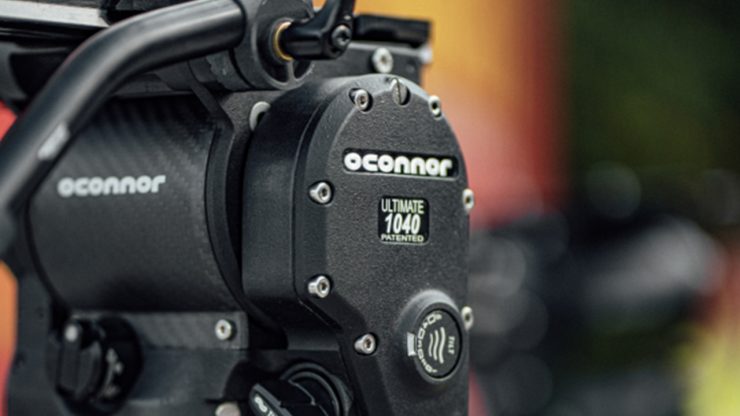 The new Ultimate 1040 is now fitted with the larger Euro Plate as standard and has a maximum payload at 5 inches center of gravity of 45 pounds (20kg). Up from 35 pounds on the 1030.

The Ultimate 1040 is made of high-performance magnesium and aluminum alloys with stainless steel, and the head is finished with genuine carbon fiber to match the modern, sleek look of the flowtech100 tripod. The head also features the same construction found in larger OConnor heads, including wide tilt bearings for extra stability even at the highest payloads.

OConnor’s Ultimate 1040 head has a stepless, smooth pan-and-tilt fluid drag, as well as the patented OConnor Sinusoidal Counterbalance system that provides true, accurate balance at any point in the tilt range. The counterbalance can drop all the way to zero.

Featuring the widest payload in its class, our Ultimate 1040 fluid head can now accommodate a payload of up to 45 pounds and is built to deliver consistent results on even the most demanding sets,” said Steve Turner, product manager, OConnor. “Combining the new Ultimate 1040 with flowtech means camera operators can pan and tilt a camera on set with the pinpoint precision of larger film fluid heads and with the speed and agility of run-and-gun crews. And most important, the OConnor ‘Feel the difference’ ultra-smooth movement remains the same, regardless of payload.

The Oconnor Ultimate 1040 is also available bundled together with the flowtech100 system legs.

OConnor’s Ultimate 1040 – flowtech100 system, including rubber feet, carry handle, and case, will be available in October and is priced at $10,800 USD.