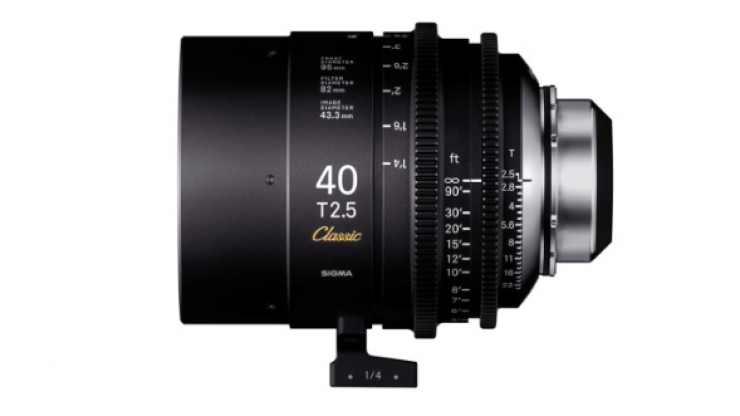 Sigma has officially announced their Classic Primes which we featured on the site back in July.

The lenses that are said to create a vintage look have become increasingly popular and a lot of lens manufacturers such as Cooke, Tokina, and Canon have come out with lenses that are either uncoated or have minimal coatings.

Sigma’s Classic Primes have a modified coating formula and the company claims that their Classic Primes will have a warm, vintage look from the ’70s with some flare and ghosting.

Here are his thoughts about the new lenses.

“They are designed to create a visually striking, sensual image. The same power the standard Cine set had creating optical perfection, the Classics have creating an enigmatic and boisterous image. A surprise awaits around every photon.

The Classics are not just a set of Sigma Cines with the front element coating taken off to introduce a tiny bit of flare and a tiny bit of ghosting. These things are their own species. They are designed to create a visually striking, sensual image.

There is vignetting, softer corners, reduced contrast, very vocal veiling and specular flares, while still being very sharp in the center. Contrast can be achieved if you keep the lens well protected from errant light.”Timur Civan

Timur also said that last fall Matthew Duclos hand-built a Sigma 35mm Cine out of completely uncoated Sigma optics. It seems the results of this experiment made its way back to Sigma, and they took it’s potential seriously. The lenses they provided me were prototype 35mm and 50mm “Classic” lenses. These are early proof of concept lenses. These are NOT delivery lenses. Do not take their performance in this demo to be fully indicative of how they will be when released. I am under the impression they will be very similar, but some changes may still be made. That said, the fact that they are releasing footage means the concept is pretty close to completion.

These lenses are fascinating to shoot with. They felt at times almost like K35’s, in that they are full-frame, and have a dramatic visual presence when bright lights are pointed in their direction. However, they are more active in their flaring characteristics. With the rising popularity of lenses that have distinctive and reactive flaring and optical characteristics, I think these will be a big hit for those looking to create images with lenses that will surprise and delight their users.

If you want to read even more in-depth information about the new Sigma Classic Primes, head over to Timur’s blog.

The Classic Primes are essentially Sigma’s current FF High-Speed Prime lenses with different coatings. According to Sigma, even though you will get a lot of ghosting and flaring, the sharpness remains the same as the FF High-Speed Primes.

All of the classic Primes have higher T stops than the Cine Primes this is because light transmittance decreases due to the difference in the coatings. However, even though the T stop value of the lens changes, the F stop value remains unchanged and the amount of bokeh and background blur you can get stays the same.

The Classic Primes feature uncoated elements throughout the lens, with the exception of the outward-facing elements. The front element and rear element have a special protective coating to improve durability and exposure to the elements.

Furthermore, it is compatible with the communication protocol of Cooke “/i Technology”, thus an ideal tool for shooting and editing with the latest technology, such as VFX. A special coating is implemented on the front and rear elements so that the lens durability is ensured as with all other cine lenses from SIGMA.

Another result of the unique coatings, flares are no longer suppressed and in fact, encouraged. The result is a genuine effect that is often attempted in post-processing. The native flares produced by the Sigma Classic Primes provide another layer of realism unique to this set of primes.

The Classic Primes will be available in the following focal lengths and T stops:

Now the only real caveat here is that they are only available to purchase as a set of 10 lenses. You can’t purchase them individually.

There is still no indication of pricing, but as you will only be able to buy these in a set, they look like they will be rental only lenses.