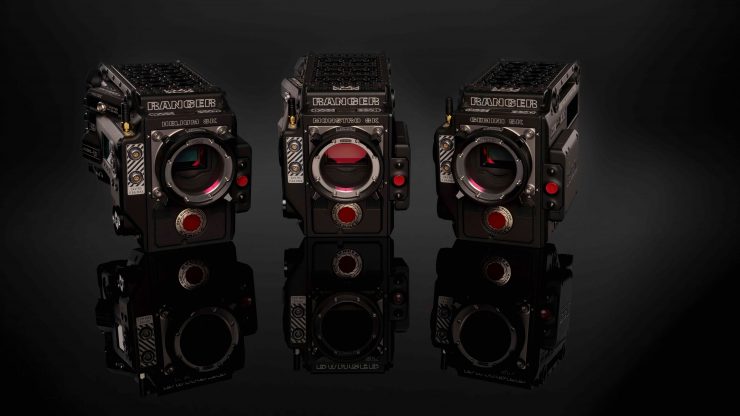 RED has announced that the HELIUM 8K S35 and GEMINI 5K S35 sensors will be incorporated into the RED RANGER camera ecosystem. These two new alternatives create a robust lineup for creators who prefer an integrated, all-in-one system.

“In collaboration with rental houses to bring the RANGER MONSTRO to market, we have heard great feedback from customers, inspiring these two new variants. We’re excited to offer the RANGER line-up to a wider variety of professional productions and look forward to seeing the amazing images that are created.”

All three sensor variants of the RED RANGER camera system include the same benefits of the compact, standardized camera body, weighing around 7.5 pounds (depending on battery). The system can also handle heavy-duty power sources to satisfy power-hungry configurations and boasts a large fan for quiet, more efficient temperature management.

As with all current RED cameras, the RANGER can simultaneously record REDCODE RAW plus Apple ProRes or AVID DNxHD or DNxHR at up to 300 MB/s write speeds. It also features RED’s end-to-end color management and post workflow with the enhanced image processing pipeline (IPP2).

The RANGER HELIUM 8K S35 and RANGER GEMINI 5K S35 are available to order now from participating rental houses, and directly through RED and resellers. Since the trade-in program starts in October, you can expect these to ship around the same time.

This comes to a total of $26,000 USD so not only is the Ranger cheaper, you get a few other advantages like the larger fan for better cooling. For those who like the modularity of being able to break it down to barebones for aerial or gimbal work than the Ranger may not be for you.

It’s important to note that while the Ranger is an all-in-one, you will still need to add an LCD screen or EVF, media storage and batteries. So make sure to account for these in your budget.

For existing DSMC2 camera owners wanting to move to the Ranger system, the trade-in price is $15,000 USD and will start in October.