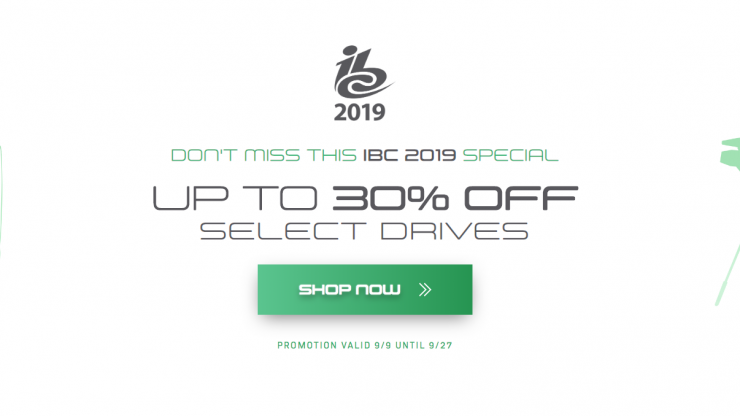 GLYPH has an IBC special on where you can get up to 30% off select drives. These deals are valid until the 27th of September.

The Atom Solid State Drive is pocket-sized and it allows you to take your important documents, photos, videos and other files with you on the go

It’s lightweight, rugged and has speeds of up to 560 MB/s. It is equipped with the latest USB-C (3.1, Gen 2) connection and is compatible with Thunderbolt 3 and USB 3.0

The Atom RAID SSD is double the speed of your average SSD. Combining capacities up to 4TB with speeds of up to 950MB/s, wrapped in a rugged, bus-powered aluminum enclosure that fits in your pocket.

Compatible with Thunderbolt 3 and USB 3.0.

Pushing the envelope for Glyph’s line of portable SSDs, the Atom Pro is the companies fastest SSD yet. Built to handle the most demanding 4K, 8K, and VR workflows and designed to endure the elements with MIL-Standard 810F rating for shock, vibration, dust, and sand.

Other deals are listed below