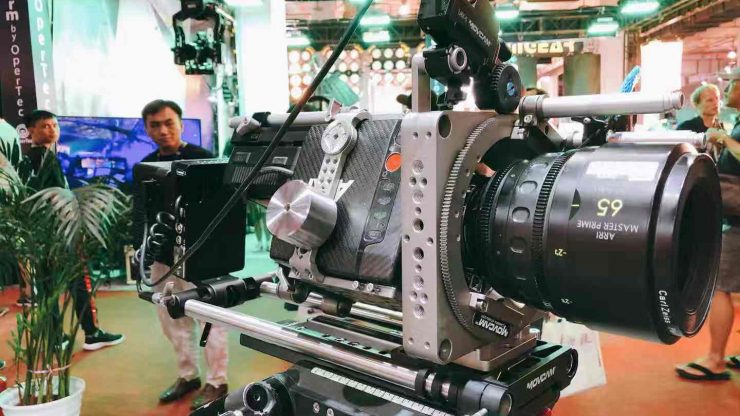 At BIRTV in Beijing, Movcam was showing a prototype of a new camera roll system. It’s so new, there isn’t even a name yet!

The system consists of a camera cage and baseplate and a large front circular geared mechanism that is driven via a lens motor. This allows for continuous 360-degree rotation.

What is nice is you can use one of Movcam’s FIZ controllers and just assign one of the motors to spin the camera. This way a single operator can control focus and the rotation of the camera. Because the system is using a lens motor to rotate the camera, no additional power is required.

There are lots of similar systems already on the market, but this is the first one I have personally seen that is driven by a lens motor.