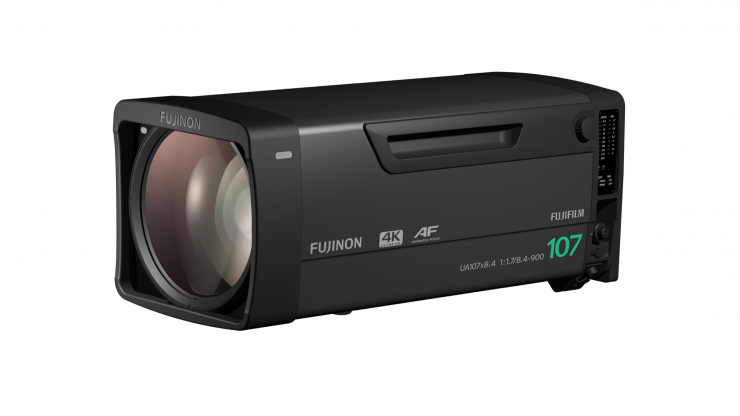 Fujinon has announced the development of a new 4K broadcast lens, the FUJINON UA107x8.4 AF (Advanced Focus). Fujinon claims this is the world’s first 4K box lens to feature autofocus. The lens is due to be released in the spring of 2020.

This new lens is based on Fujinon’s 4K Premier UHD UA107X8.4 Box-Type 107x Zoom with OIS that is already in the market.

Autofocus has traditionally been reserved for consumer and prosumer lenses. What is interesting to me, is that the UA107x8.4 AF’s phase-detection AF sensor and dedicated algorithm was derived from technology used in Fujifilm’s X Series and GFX digital cameras.

With ultra-high-definition 4K video creation now becoming a lot more mainstream, the demand for 4K content is picking up. For outside broadcast camera operators, this move towards 4K capture will make it harder to manually achieve fast, precise focusing. That is the primary reason Fujinon has made this lens.

It will be interesting moving forward to see if more high-end lenses and camera start integrating phase-detect autofocus. With the improvements in autofocus technology, it’s probably only a matter of time before this does happen.