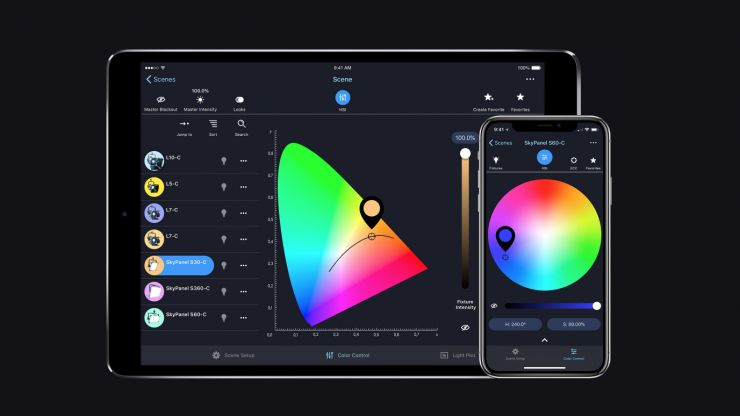 ARRI has released Stellar 1.5. In the update, they have added Live Sync, Export/Import capabilities, iCloud Backup, and made numerous other improvements.

If you aren’t familiar with Stellar, it is an intelligent app for professional lighting control that is available for iPhones and iPads. Stellar lets users automatically managing complex DMX settings when using ARRI SkyPanel and L-Series fixtures.

Live Sync
Live Sync in Stellar is a new feature that enables real-time interaction between Stellar on separate devices. This allows multiple users to work on the same project and scene simultaneously, Live Sync now gives the ability to work collaboratively on the same file. ARRI is encouraging users to give feedback on this feature so that they can continue to add and improve it in future releases.

Export/Import
Stellar now has the ability to export and import projects, scenes, and favorites. You can use the three dots menu to export to the cloud, share wirelessly between devices, or email or message.

iCloud Backup
Stellar will now back up all your projects, scenes, and favorites to iCloud. This sync happens automatically and instantly, allowing you to have the same files across multiple devices using the same iCloud account.