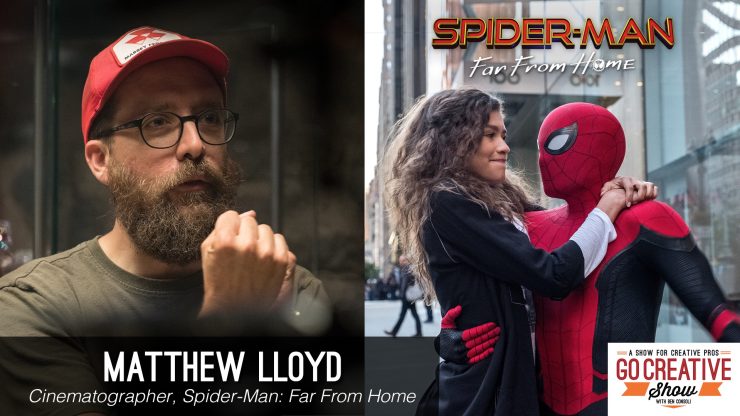 On this weeks Go Creative Show Podcast, host Ben Consoli speaks to cinematographer Matthew Lloyd about his work on Spider-Man Far From Home.

Matthew and discuss working in Marvel’s Cinematic Universe, using pre-vis to prep for shots with VFX, creating Spider-Man’s holographic world, plus Matt’s camera and lens choice, his experience with commercial and fashion filmmaking