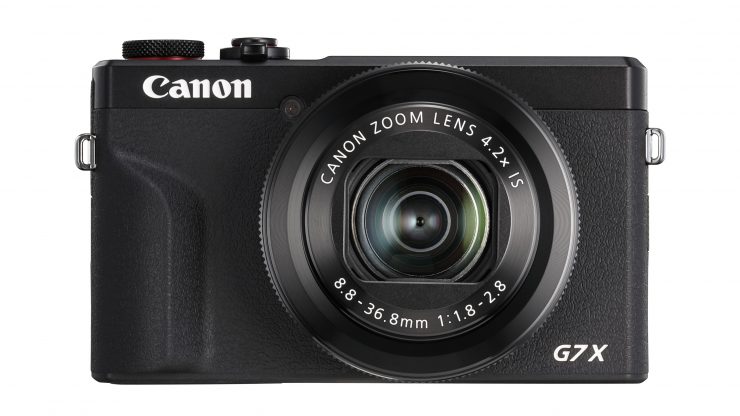 Both cameras offer high-speed continuous shooting and the ability to shoot in 4K UHD with no crop.

The cameras are being aimed at content creators, vloggers, and photography enthusiasts.

The G5 X Mark II weighs in at 340g and the G7 X Mark III tips the scales at 304 grams. Both cameras use Canon’s DIGIC 8 image processor and they have the same 20.1 megapixel 1.0-type stacked sensor.

For vloggers, both of these compact cameras feature Auto and Manual modes. The menu design is based around the same familiar system that can be found in Canon’s EOS cameras. A control ring provides users with direct access to crucial settings.

The PowerShot G5 X Mark II and the PowerShot G7 X Mark III both feature AF and MF. In a nice touch, Canon has designed the lenses so that the user can manually adjust the focus, even after the autofocus has locked onto a subject.

Both cameras have in-camera digital image stabilization. Both cameras can also capture 4K UHD in frame rates up to 30p, and Full HD at up to 120fps. Another interesting addition is Canon have included a vertical shooting mode so users can create content specifically for social media platforms. Automatic settings are also available for movie capture in both aspects.

Manual control of the shutter speed, aperture, and ISO are possible. There is also a clean HDMI output for streaming and external recording.

Both cameras have Wi-Fi and Bluetooth connectivity which allows users to send material to their computer, phone or social media platform instantly. A live streaming function on the PowerShot G7 X Mark III enables vloggers the ability to share live content with their social media followers in real time.

When connected to a compatible smart device, the PowerShot G5 X Mark II and the PowerShot G7 X Mark III can receive GPS coordinate information for images automatically. A clean HDMI output for streaming and external recording, using the cameras in conjunction with an external device, simplifies production workflows for users of both cameras.

Both cameras enable in-camera battery charging, from a power bank, outlet, or computer, via the USB port.

The full specifications of the cameras can be downloaded below:

Both cameras will be available to pre-order from the 9th July 2019 and they will go on sale in August.