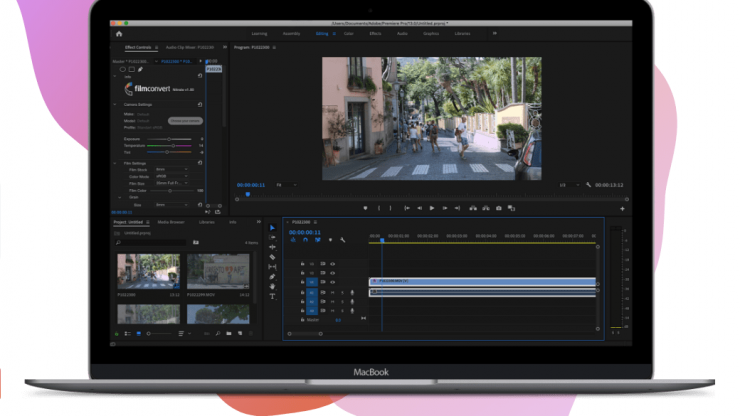 Nitrate is the newest version of FilmConvert. It will have a new set of features to help enhance color grading. Key features include Cineon Log film emulations, full custom curve controls, and advanced film grain controls.

FilmConvert’s film stocks have proved popular with filmmakers over the years, but users have been requesting more control over how they can manipulate those stocks.

In the Nitrate update, Filmconvert has added Cineon Log versions of their original film stock emulations, which now allows you to dial in the exact amount of contrast or saturation while still keeping the authentic film stock colors.

Design your own film response curve

FilmConvert has also designed full custom curve controls for each of the FilmConvert film stocks. You can now modify highlight and shadow roll-offs, or if you want, even design your own film stock from scratch. Nitrate now uses a full Log image processing pipeline, so you can retain the full dynamic range of your footage through the grading process.

Nitrate also allows you to adjust the appearance of the grain individually in the highlights, mid-tones, and shadows.

Will my old version of FilmConvert still work?

Yes. Any project using the old version of the FilmConvert plugin will still work fine.

Is Nitrate a paid upgrade?

Yes, there will be an upgrade fee to get the new features available in Nitrate. If you purchase FilmConvert after April 6, 2019, you will receive a free upgrade to Nitrate when it becomes available for your platform.

What platforms are supported?

The Nitrate upgrade will first be available for Adobe Premiere Pro and After Effects on Mac OS and Windows. We’ll be launching the upgrade for additional platforms throughout 2019.

Which versions of FilmConvert will receive the Nitrate update?

The plugin versions for Premiere Pro + After Effects, Final Cut Pro X, and OFX (DaVinci Resolve, HitFIlm, Magix Vegas etc) will receive the Nitrate update, for Windows and Mac OS. The FilmConvert Desktop App and Photoshop plugin will not be updated.

Will upgrading to the Bundle now get me a free Nitrate upgrade?

No, Bundle upgrades are not eligible for the free upgrade to Nitrate.

Nitrate isn’t available yet, but it will be coming soon. Pricing for Nitrate varies depending on what platform you are using or whether you want to get a bundle package that works across multiple platforms.

All FilmConvert license purchases include a free upgrade to FilmConvert Nitrate. This excludes Bundle license upgrades and the Photoshop plugin.