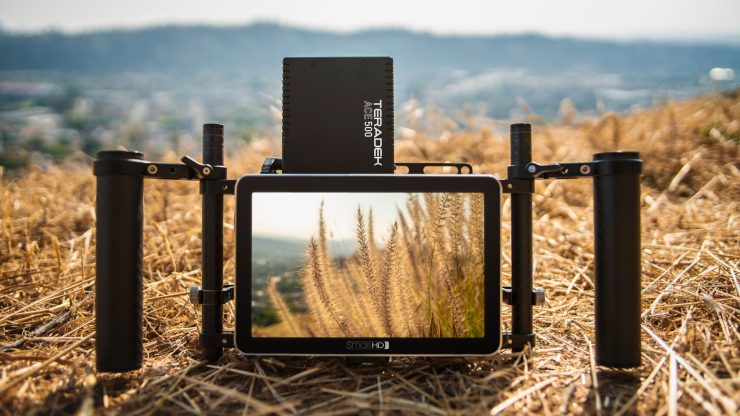 The Ace 500, a budget-friendly, compact, ultralight wireless video system that delivers uncompressed 1080p60 video at up to 500 ft with claimed zero delay.

The Teradek ACE 500 is an HDMI-only wireless video system that has been designed to be used with DSLRs, mirrorless cameras, camcorders, and action cameras.

What makes the Ace better than other budget wireless systems?

There are plenty of cheaper HDMI wireless systems out there, so what makes the Ace 500 more versatile than the competition? A lot of cheaper HDMI systems such as the Hollyland Mars 300 ($499 USD for an RX and TX set) tend to have a shorter operating distance and they can also be subject to quite a bad delay. They are also not usually compatible with other wireless products that the company makes.

The Ace 500 has a claimed delay of less than 1ms. It is also compatibile with Teradek’s Bolt lineup, which means you can use it to transmit and receive video from any Bolt 500 or SmallHD FOCUS 500 device.

It actually makes for a pretty good package combining a SmallHD FOCUS 500 RX or TX with a Teradek ACE 500 RX or TX. This way you can get an on camera monitor or wireless video monitor and a lightweight transmitter or receiver for under $2,000 USD.

The nice thing about Teradek products is that rental houses everywhere carry them, so it’s very easy to source a replacement unit in a hurry.

The ACE 500 comes in a compact and lightweight form factor. The transmitter weighs just 126g (4.4oz) while the receiver weighs 146g (5.14oz), making themsuitable for use on gimbals and camera rigs of any size.

Based around the Bolt Design

The Ace 500 is said to be designed with the same reliability and performance as the Teradek Bolt line.

The Ace 500 basically looks to be a rebranded version of the Paralinx Ace.

In fact, it actually has Paralinx written o the bottom of it. Vitec bought Paralinx and it became part of Teradek.

The Ace comes with a single ¼”-20 mounting point for mounting camera arms or hot shoes, and two 4-40” points for optional mounting brackets.

The units feature HDMI input/output and can be powered via the 3.5mm barrel input using either a P-Tap/2pin power source or one of several battery plate accessories that are available. These include Sony L-Series, BP-U, BP-9, and Canon LP-E6 battery plates.

Pair with a SmallHD