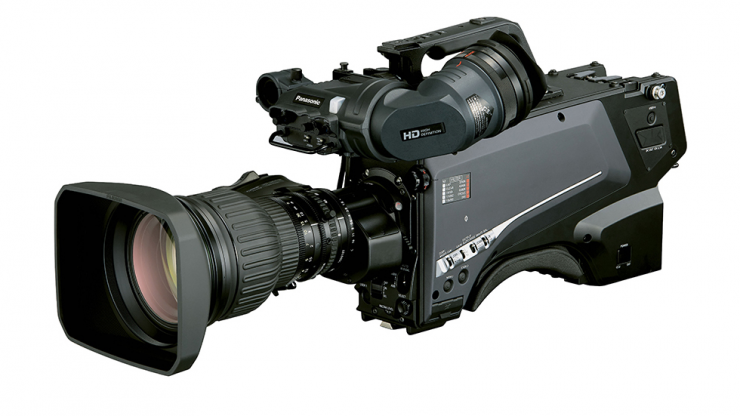 Panasonic has announced a new free firmware upgrade that adds a V-Log output for their AK-UC4000 4K/HD HDR-capable camera system.

The V-Log output will allow the AK-UC4000 cameras to gain the same renowned colorimetry of the company’s line of VariCam and AU-EVA1 cinema cameras. With the inclusion of V-Log, the AK-UC4000 has gained approval of the Netflix Post Alliance for creating Netflix-approved content, joining the VariCam 35, VariCam LT, VariCam PURE and EVA1 on the sanctioned list.

If you aren’t familiar with the AK-UC4000 studio camera it uses LSSIEL optics to capture 4.4K native resolution improving the UHD resolution (more than 2000 TV lines, both horizontal and vertical), dynamic range and S/N ratio (62dB) over the UC3000. It maintains the same broadcast lens compatibility and operation and keeps the same camera form factor–matching or surpassing the best performing 4K HDR B4-mount cameras on the market.

With the AK-UC4000 in the V-Log mode, the AK-UCU600 CCU will output 4K and HD signals as V-Log, so that they can be recorded as V-Log or run through an appropriate LUT box to be shown live to a display. The camera head outputs and viewfinder will show a standard ITU 709 Image suitable for standard HD displays.

V-Log delivers a very flat image while maintaining all of the camera imager’s color and contrast information. This allows for a greater level of creative control when images are put through the post-production processes. The sensor of the AK-UC4000 achieves a wide color gamut and has a color palette that is wider than BT.2020. Pansonic claims that ISO-recorded V-Log content has log characteristics that are somewhat reminiscent of scanned film, and V-Gamut delivers a color space even larger than scanned film.

With V-Log the AK-UC4000 is able to deliver high dynamic range and broad colors for live or near-live productions, where the camera contents are recorded for a later post processing.

With available V-Log, the AK-UC4000 becomes fully compatible with the CINELIVE workflow of the VariCam LT, as well as the EVA-LIVE workflow of the AU-EVA1. This allows for accurate camera color matching across productions when different Panasonic cameras are used.