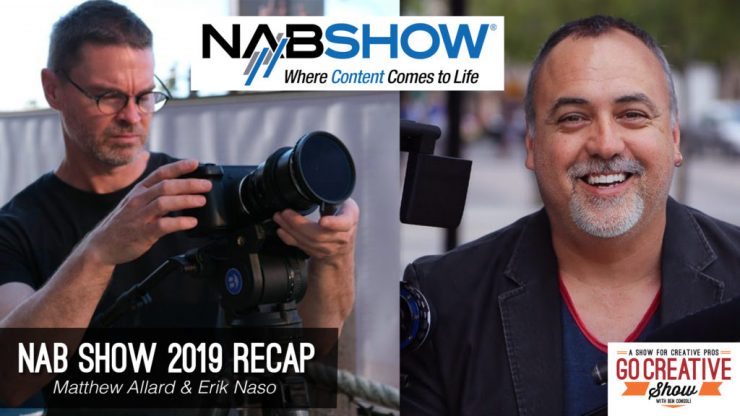 On this weeks episode of the Go Creative Show, Erik and I speak to host Ben Consoli about NAB 2019.

Listen as we dive deep into most important announcements for cameras, lenses, lights, audio, grip gear and Keyboards.. yes, we said keyboards.