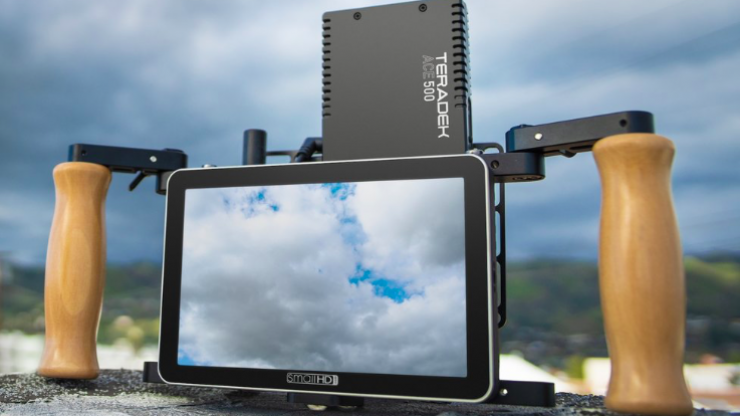 Teradek has just announced the Ace 500, a , compact, ultralight wireless video system that delivers uncompressed 1080p60 video at up to 500 ft with claimed zero .

The Teradek ACE 500 is an HDMI-only wireless video system that has been designed to be used with DSLRs, mirrorless cameras, camcorders, and action cameras.

The ACE 500 comes in a compact and lightweight form factor. The transmitter weighs just 126g (4.4oz) while the receiver weighs 146g (5.14oz), making for use on gimbals and camera rigs of any size.

Based around the Bolt Design

The Ace 500 is said to be designed with the same reliability and performance as the Teradek Bolt line.

The Ace can with optional battery plates.

The Ace 500 basically looks to be a rebranded version of the Paralinx Ace.

In fact, it actually has Paralinx written o the bottom of it. Vitec bought Paralinx and it became part of Teradek.

The Ace comes with a single ¼”-20 mounting point for mounting camera arms or hot shoes, and two 4-40” points for optional mounting brackets.

Pair with a SmallHD

The Teradek Ace 500 will retail for $899 US and should be available sometime in May.