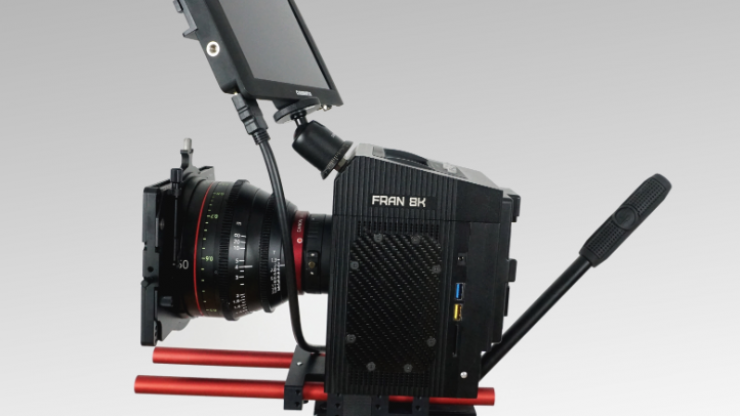 Cinemartin has announced on Facebook that they will be closing down due to bankruptcy. The company that has previously released products such as an external recorder and monitors, and that was most recently developing an 8K camera will be closing its doors.

It was only just 4 months ago that they started taking pre-orders for their 8K Fran cinema cameras.

Even just one month ago the company was still creating introductory videos for the 8K Fran. Above you can see one in Spanish.

If you aren’t familiar with the Fran, they were 8K cameras with a global shutter with the ability to record RAW images onto removable m.2 NVME SSD drives. Cinemartin claims that the VistaVision sensor they will be using is the World’s biggest commercially available sensor you can purchase. With dimensions of 37 x 27 mm this equates to an area of 999mm. To put that size in perspective the RED Monstro VV sensor size is 40.96 x 21.6 mm which equates to 884 mm. The Arri Alexa 65 has a 54.12 x 25.58 mm sized sensor (1384mm).

In somewhat of a strange marketing spiel, Cinemartin said, “No matter if you drive a Ferrari, travel in a taxi Mercedes Benz, enjoy a motorbike, or go walking, now you can afford a true 8K workflow, in all steps, from the camera to TV.”

The introduction video they produced was nothing short of terrible and was hardly a glowing endorsement for the camera. From the bad audio to the horrible choice of music, it was definitely not the right way to get customers interested in their product.

Since this announcement on Facebook, it seems that a lot of the videos that were relating to the 8K Fran cameras on YouTube have been taken down by Cinemartin.

I always had my doubts

I was originally doubtful that the Fran camera would ever ship, and I had my reservations, but in saying that, I was prepared to give Cinemartin the benefit of the doubt.

Making any digital camera is extremely difficult, just look at the struggles and delays both Blackmagic and AJA had. As this was a new camera, there was no way of independently verifying any of the claimed specifications Cinemartin had put out for the Fran 8K models.

As I mentioned earlier, building a camera is no easy task. It’s one thing to come up with a concept and the technical ability to build a camera, but more often than not the success or failure of that camera comes down to marketing and how you want your product to be perceived.

Unfortunately, I personally don’t quite think Cinemartin ever grasped the concept of how to market their products successfully.

Despite being skeptical, its never nice to see any company in our industry, regardless of whether you hate them or love them, go out of business. At the end of the day its people’s jobs and livelihoods that are at stake.

It’s still unclear whether anyone who put down a 10% deposit on a Fran camera will get their money back.