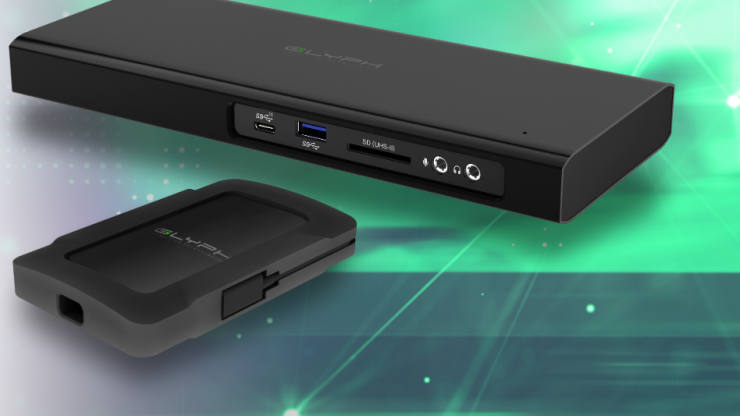 Glyph has recently announced the Atom Pro SSD, as well as a new range of Thunderbolt 3 Docks. 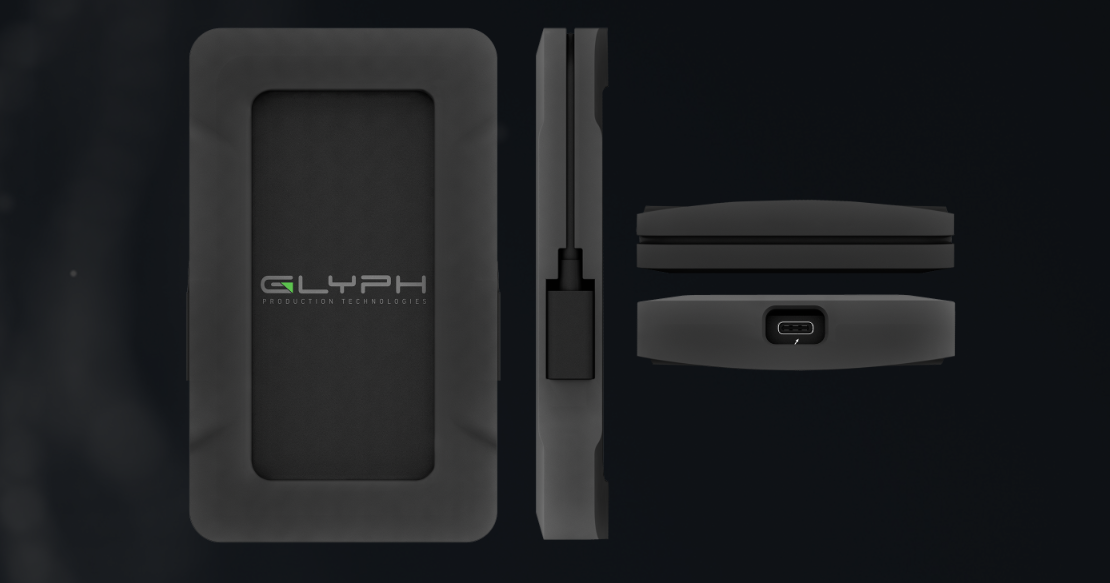 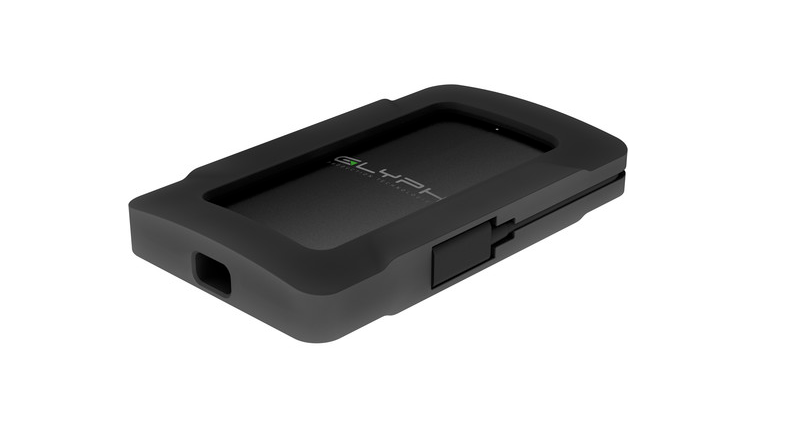 They have been designed to stand up to the rigors of field use and have a MIL-Standard 810F rating for shock, vibration, dust, and sand. The drives have been preformatted in the HFS+ file system for Mac, but they can also be reformatted for Windows. The drives are also Time Machine-compatible out of the box. They come with a rugged removable cover and a Thunderbolt 3 cable.

These news SSD drives look like a good option if you are dealing with 4K, 8K or VR workflows, although at a maximum 2TB size they aren’t going to hold a lot of content. 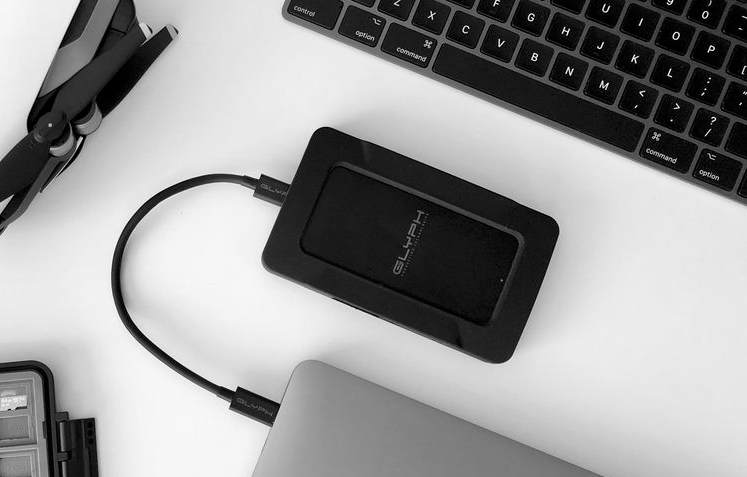 The prices for the new Glyph Atom PRO SSD drives is as follows:

The Thunderbolt 3 Docks from Glyph provides a wide range of ports, plus an empty M.2 slot that supports NVMe PCIe 3.0 x2 SSDs and allows you to upgrade the dock with storage. The dock has two 40 Gb/s Thunderbolt 3 ports. One of these ports can be used to connect a single peripheral or daisy-chain up to five additional devices, while the other is used to interface with your host system and provides up to 87W of power for device charging. Other ports include one 10 Gb/s USB 3.1 Gen 2 Type-C port with 5V / 3A of power, two 5 Gb/s USB 3.1 Gen 1 Type-A ports with 5V / 1.2A of power, one DisplayPort 1.2 port, a Gigabit Ethernet port, a UHS-II SD card reader with speeds of up to 270 MB/s, a 3.5mm headphone jack, and a 3.5mm microphone jack.

With one of these docks, you can connect all your devices and charge your Thunderbolt 3 (USB Type-C) enabled MacBook Pro with a single cable. 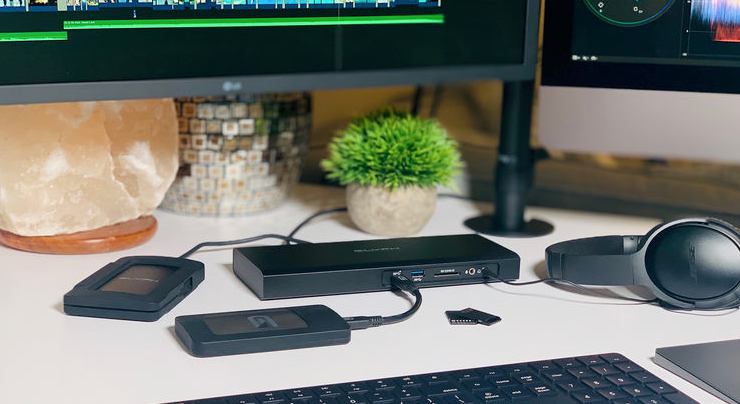 The empty M.2 slot that supports NVMe PCIe 3.0 x2 SSDs allows you to achieve speeds of up to 1500 MB/s with a compatible SSD. Once you install a compatible SSD, it can be formatted for Windows 10 or Mac OS X.