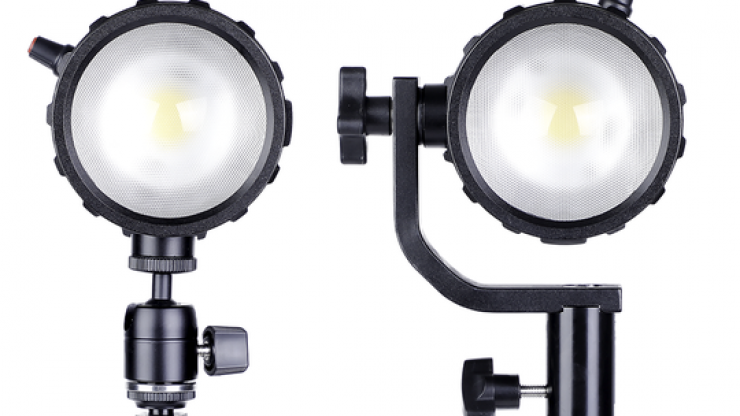 With so many LED RGBW panel lights coming out in the past couple years the traditional Fresnel has taken the back seat. Intellytech has five fresnel fixtures in their lineup including the beast F-800 Powerhouse Edition Bi-Color LED Fresnel with 10″ Lens. This one packs a punch at 27,200 LUX from 1 meter.

Intellytech decided to downsize a little with the recently released Pocket Cannon Mini. I personally miss a color accurate small fresnel in my kit these days.

The new Pocket Cannon Mini is designed to be similar to an ARRI 150 or LTM Pepper. Remember those? These are very handy for accent lighting where control of the light is important. I can also see it as a run and gun interview light in the right conditions. I do love fresnels. 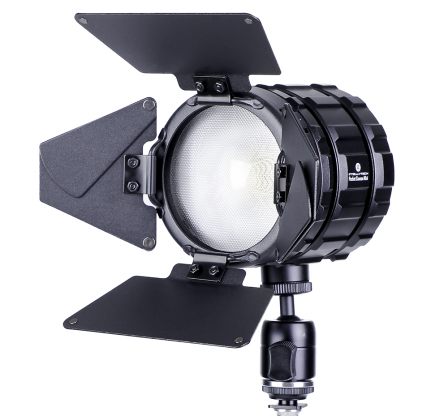 The single COB LED with a Fresnel lens creates a round light that can be cut and controlled with the included barn-doors. 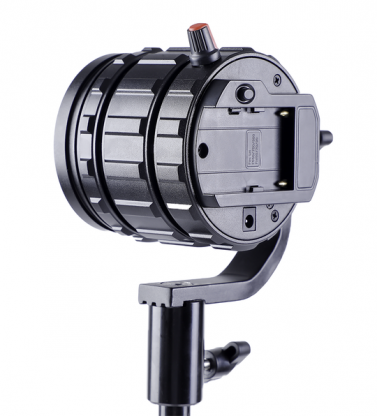 The dimmer knob is placed at the top of the light for quick and easy control of the light from 0-100%. The Pocket Cannon Mini has a low 15 watt power draw so it can be powered with a Sony NPF (L-Series) style battery or AC power (each is included). 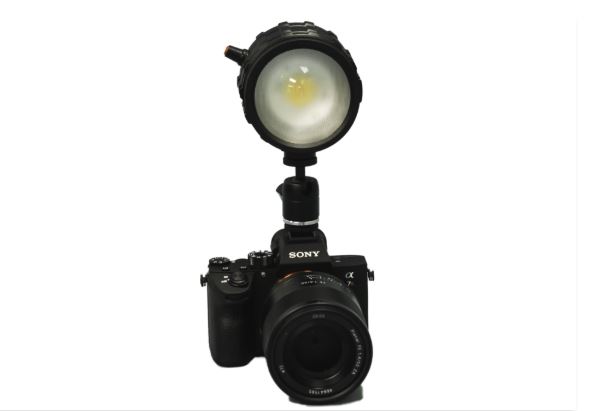 The all metal build Pocket Cannon Mini comes in at 3.9″ x 4.4″ and weighs only 1.2 lbs. Included is both a shoe mount adapter as well as a 5/8″ stud mount. This allows you to use the Pocket Cannon Mini as an on-camera light or as a fill/accent light as well.

With the lens on, the Pocket Cannon Mini emits light at 55 degrees. Without the lens the spread changes to a wide 160 degrees.

The light is not bi-color so you will have to choose between 5600K or 3200K options. 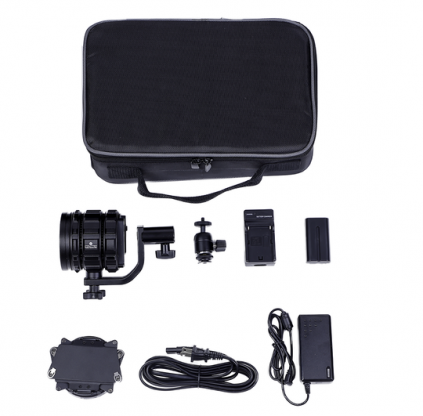 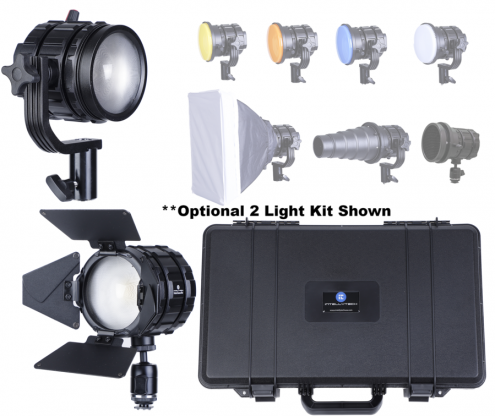 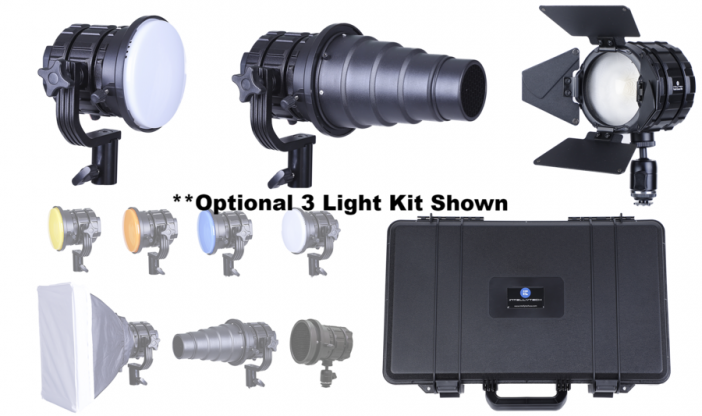 All the accessories are also available separately.

The single Pocket Cannon Mini kit retails for $190 US. The two light kit is $528 and a three-light kit is $749. Orders placed now are expected to ship Late-February.