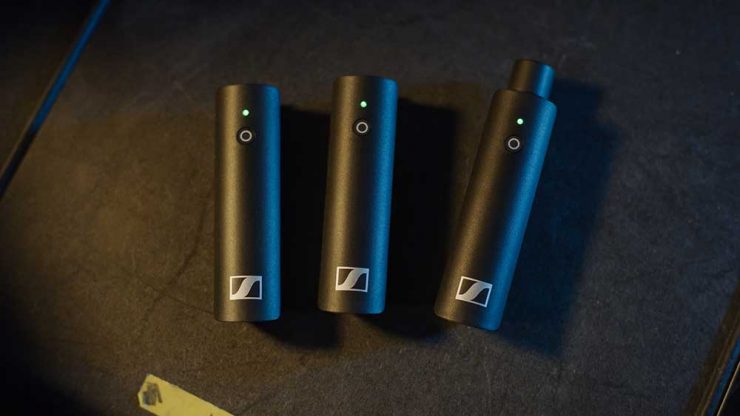 There are ten different kits in the range and are split between music and video, including but they are all based around the same modular transmitter & receiver.

From the onset, you can see that the units are very compact, and follow a similar form factor to the higher-end AVX system in that the receivers have the plug built-in to the unit so there are no additional cables required for the receiver. You simply plug the receiver straight into the recording device like a camera.

The XS Wireless Digital system operates on a 2.4 GHz connection and offers one-touch, ease-of-use. Since they operate on the o2.4 GHz open spectrum, you won’t have any issues when using them worldwide. Sennheiser claims you can operate these up to 75m (250ft) in optimal conditions.

The exterior of the units are very simple, there is only one button. This one button is used to power the units on and off, pair a transmitter and receiver, and also to mute.

Although the system is one-to-one, a receiver can be paired to multiple transmitters at the same time, and you can easily switch between the transmitters. This saves you from having to pair each time if you had multiple interviews lined up, you could prepare all your transmitters and just toggle the channel after each person was done.

Sennheiser claims that you can get up to 5 hours of battery life on a single charge with the internal 850mah battery. The batteries are non-removable and are charged via the USB-C port.

In the XSW-D Portable Interview kit, a cold shoe mount is also included for mounting to cameras. 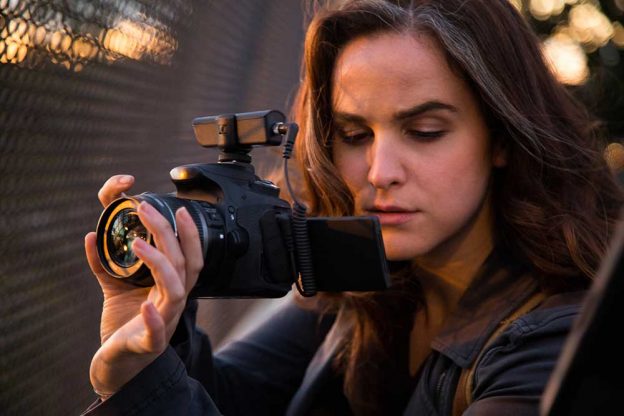 What modules are available?

In the XS Wireless Digital system, there are a number of different modules available.

Pricing varies depending on the kits. For filmmakers, the XSW-D Lavalier set will retail for $349.95 USD and includes the ME2-II lavalier mic, 3.5mm transmitter and XLR receiver.

There is also going to be a portable ENG, Interview & Lavalier sets with more additions.

Competition comes from the RØDELink Filmmaker kit which retails for $399 USD and has similar features to the new XSW-D system, operating on 2.4 GHz spectrum but it is much larger, as it uses 2x AA batteries.

On the higher end, Sennheiser’s own AVX system is very popular and comes in at $699 USD, Deity Microphones Connect system is also meant to ship in early 2019, and has a dual channel receiver but will be around $800 USD.

Sennheiser has a 5-part series on the XSW-D system.