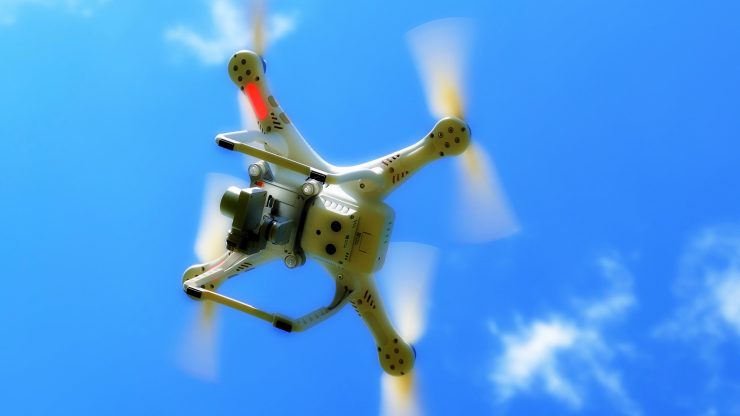 This is a big deal for professional drone pilots, and if it goes ahead, it will open up more creative ways in which drones can be used creatively, while still meeting legal and safety requirements. Flying over people or flying at night is generally prohibited without a special waiver or exemption. The U.S. Federal Aviation Administration has issued 1,233 waivers for nighttime flight operations, although 2,256 applications weren’t approved, the vast majority of these were disapproved because the waiver requests lacked necessary information. Of the 1,233 waivers that were approved, not a single accident was reported from any of these flights.

The 198-page proposed rulemaking document includes proposals designed to protect people from injury from drones flying overhead. The proposal is the next step in the FAA’s incremental approach to integrating UAS into the national airspace system (NAS), based on demands for increased operational flexibility and the experience FAA has gained since the original operating rules for flying a small UAS weighing less than 55 pounds came into effect in 2016. The rules contemplate a performance-based standard for measuring safety, which will help allow manufacturers to meet that standard when they are designing and making drones.

The draft document which is titled Operation of Small Unmanned Aircraft Systems over People states:

“The FAA proposes to amend its rules applicable to the operation of small unmanned aircraft systems (UAS). This rulemaking would allow operations of small unmanned aircraft over people in certain conditions and operations of small UAS at night without obtaining a waiver. It would also require remote pilots in command to present their remote pilot in command certificate as well as identification to certain federal, state, or local officials, upon request, and proposes to amend the knowledge testing requirements in the rules that apply to small UAS operations to require training every 24 calendar months. This proposal would be the next phase in integrating small UAS using a risk-based approach. These amendments would allow expanded small UAS operations and reduce the knowledge testing burden on remote pilot in command certificate holders.”

The proposal goes onto say:

“The FAA recognized that the possibilities for innovation in unmanned aircraft technology are virtually boundless and that the industry can move in directions no one can predict. Today, there are even more applications and opportunities for small UAS that either did not exist or were only in their nascent stages in 2016. The FAA’s challenge in developing this proposal, therefore, is to balance the need to mitigate the risk small unmanned aircraft pose to other aircraft and to people and property on the ground without inhibiting innovation. One aspect of the FAA’s challenge is that technology moves at the speed of innovation while the administrative rulemaking process, by design, does not. To address this challenge, this proposal is technologically neutral, with the understanding that technology and applications will evolve in the time between the publication of this proposal and the final rule, and beyond.”

Under the proposal, to fly at night operators would need to meet two conditions, First, the operator would complete knowledge testing or training, including new subject matter areas related to operating at night. The second condition would be that the small UAS has an anti-collision light illuminated and visible for at least 3 statute miles.

The three categories are:

Operators would be able to fly small unmanned aircraft weighing 0.55 pounds or less over people. While these operations would be subject to all of the existing requirements governing small UAS operations in part 107,12 the FAA does not propose any additional restrictions as a condition of flying over people. If adopted, remote pilots would be able to conduct operations over people the day a final rule goes into effect. Remote operators would be responsible for weighing or otherwise determining that their small unmanned aircraft does not exceed the weight threshold.

I’m not going to go into all the details of the conditions that need to be met by manufacturers because there are a lot! What the proposal says in a nutshell, is that the drone would have to be designed in a way that it wouldn’t injure people in the event of an accident.

Similar to Category 2, the requirements specific to Category 3 would have three parts. The first part would require a small unmanned aircraft to be designed, upon impact with a person, not to result in an injury as severe as the injury that would result from a transfer of 25 ft-lbs of kinetic energy from a rigid object. The higher injury threshold means that operators could take into account different weight, speed, altitude, material, and technology factors when choosing a mission-appropriate small UAS. 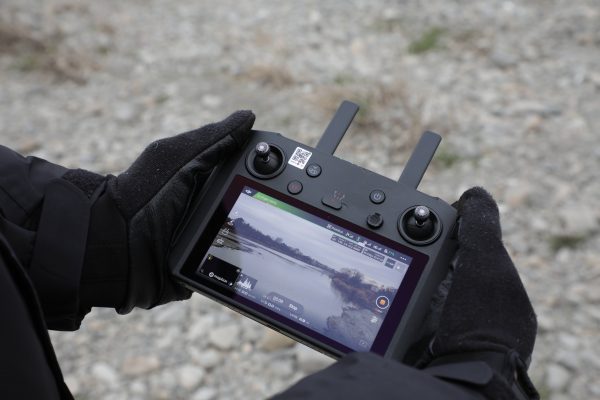 Also under the proposed new guidelines, would be the removal of the requirement for completing a recurrent aeronautical knowledge test at a knowledge testing center. Instead, this would be changed so that a drone operator would only have to complete training that requires passing an online knowledge check and achieving a 100% score.

The proposal will soon be published in the federal register, and from there it will enter a 60-day open comment period where the general public will be free to comment on the new proposed regulations.

If these proposed changed go ahead (and who knows how long that may take) it will certainly open up more instances where a drone willb e able to be used safely and in compliance of the law. In my personal opinion, anyone who flys a drone should be properly licensed and accredited to do so. Safety is paramount when flying a drone, and it’s interesting to see the strong possibility of a lot of the current regulations (at least in the US) being relaxed rather than made more stringent. Considering all the bad publicity that drones have been receiving lately, especially due to the alleged incident at Gatwick airport, it’s good to see some positive news.

What do you think of these new proposed rules? Do you live and fly a drone in the US? We would love to hear your thoughts in the comments section below.