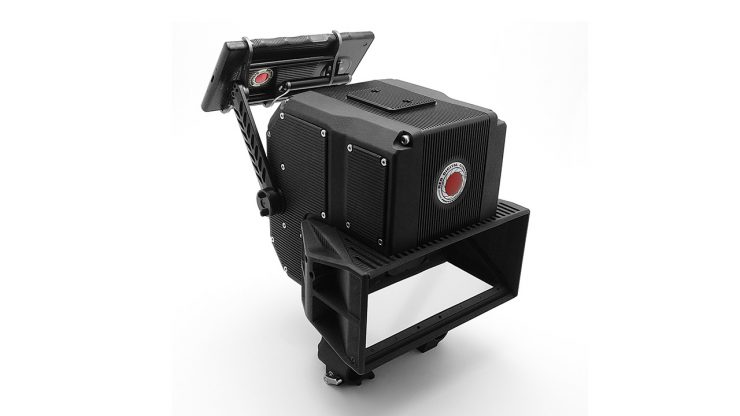 On the RED Hydrogen Facebook page, RED has posted a closer look at the Lithium, a 3D/4V camera which will work alongside the Hydrogen One.

All that was provided in the description was “Big things in the works for next year. Lithium.”

This is all part of RED’s plan to create an ecosystem for creating & viewing 4-View content. Back in May 2018, Lucid announced that they would be partnering with RED to build an 8K 3D/4V camera for the Hydrogen One so it looks like they are closer to their goal.

Lithium looks to be a complete unit, rather than just a Brain which would require additional modules and features an articulating mount to support the Hydrogen One phone for monitoring. You can also see two 1/4″-20 mounts on top and a 15mm baseplate underneath.

There is no timeline on when the Lithium will begin shipping or be released. No new modules for the RED Hydrogen have been announced either.