ParaZero SafeAir is a parachute for your DJI drone. With more and more drones hitting the skies every day, the is an ever-increasing need for safety and responsible operation. Having a parachute safety system on your drone sounds like a great idea, so let’s take a closer look at what the SafeAir system has to offer.

Back in November 2017, a drone was being used here in Japan to drop candy into the crowd at a festival in Gifu. The drone ended up spinning out of control and injuring six people. It’s incidents like this that highlight the need for safety systems to almost be made mandatory. While the drone probably shouldn’t have been flying that close to people in the first place, if it had been using a parachute system, injuries could have possibly been avoided.

ParaZero’s SafeAir is designed to protect bystanders on the ground, prevent loss of payload and safeguard your drone equipment by ensuring your drone always lands safely. ParaZero’s solutions comply with future regulations that will enable safe flight operations over populated areas and beyond visual line of site.

What does it do, and how does it work? 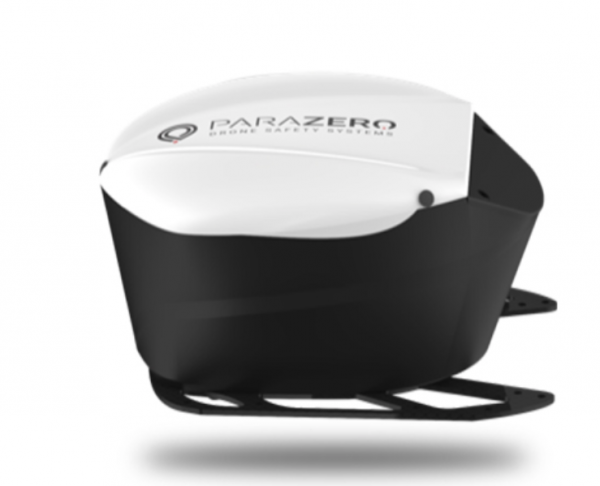 In the event of a problem, ParaZero will cut power to the drones motors to avoid laceration injuries and entanglement in the parachute’s cords. It does this using a Flight Termination System (FTS). Once the power to the motors is cut, it will then deploy the parachute which is aided by a patented ballistic parachute launcher which can fully open the canopy in a fraction of a second. Then the system will sound an alarm which warns bystanders below about incoming danger from above giving them ample time to move out of harm’s way. Your drone will then (hopefully) land safely with the use of the parachute.

Just like larger aircraft, the SafeAir system has a black box and in the event of a problem, a post-flight incident report is created so you can analyze what happened after your flight.

This is a brand new product and is expected to start shipping this month. The SafeAir System for the Phantom 4 will cost $299 USD. If you should ever need to deploy the parachute, repacking it only takes minutes according to ParaZero. 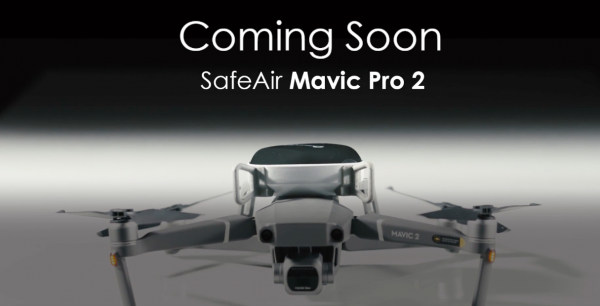 There is also a version coming for the DJI Mavic Pro 2.

Currently, ParaZero has solutions available for the DJI Matrice 200 (all configurations), and much larger custom drones. 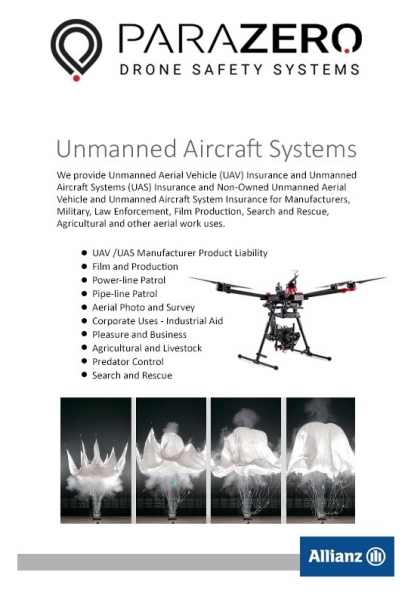 The technological abilities of the company’s drone safety systems have enabled them to set up a partnership with Allianz Global Corporate & Specialty, one of the largest insurers in the world. UAS operators using ParaZero’s SafeAir systems benefit from special incentives and discounts on their drone insurance policies.

It’s not a foolproof solution

The SafeAir system is only really going to benefit you if your drone encounters a problem over an area where it can safely land. If you are flying over trees or water, the parachute will slow the descent, but your drone will ultimately still get stuck in a tree or end up in at the bottom of a lake or ocean.

Answers to the questions you would want to know 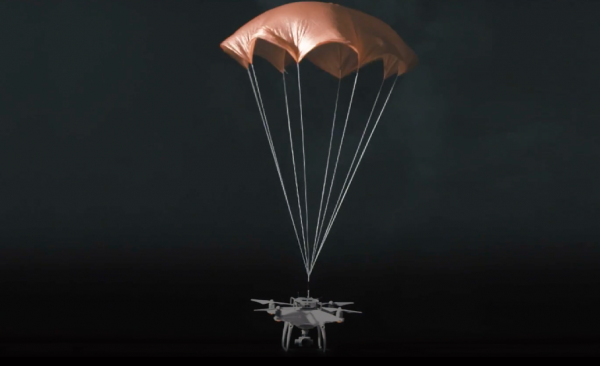 Can you fly over people once you attach a ParaZero SafeAir?

No, it’s not that simple. No matter how safe your aircraft is, you should never fly over people, but if regulations permit flying over people, SafeAir will greatly reduce the risk involved.

Can you mount the SafeAir system yourself?

Yes, you can. The product comes with detailed instructions on how to do it in an easy installation process and there is also an online video. The attachment is physical to the drone itself and electrical using a supplied cord.

Does the parachute system require power?
It is powered by the drone’s battery and requires very low energy. The system automatically deploys if the power runs out. There is also an optional backup battery that keeps the SmartAir alive if the drone’s power goes off.

Can ParaZero SafeAir systems be re-packed after deployment?
It depends on the version of SafeAir you are using. On larger drones like the DJI Matrice series, the SafeAir parachute system is a last resort system (like an Airbag in a car). ParaZero packs the parachute in “white room” conditions.  If the system was deployed it is better to simply purchase a new one or if necessary ship it back to the company for repacking.

If you have a smaller system for the DJI Phantom 4, you can re-pack the parachute yourself and don’t need to send it back.

The SafeAir system will be $299 USD the DJI Phantom 4, and I expect the price for the Mavic Pro 2 version should be fairly similar. The price for the DJI Matrice systems starts at whopping $2,100 USD.

What do you think about this system? Is this something you would potentially use if the price wasn’t too expensive? Let us know your thoughts in the comments section below.