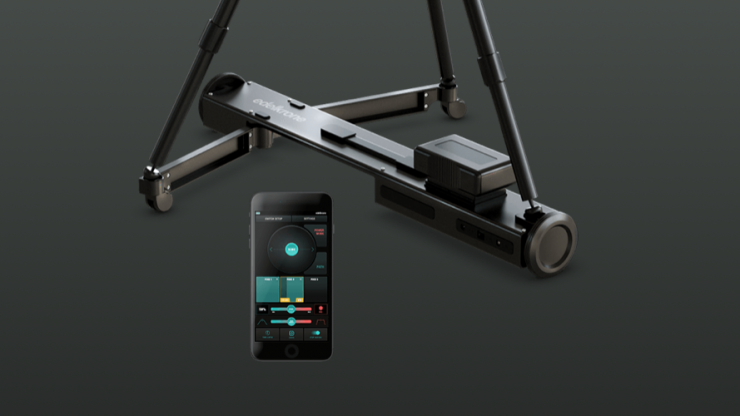 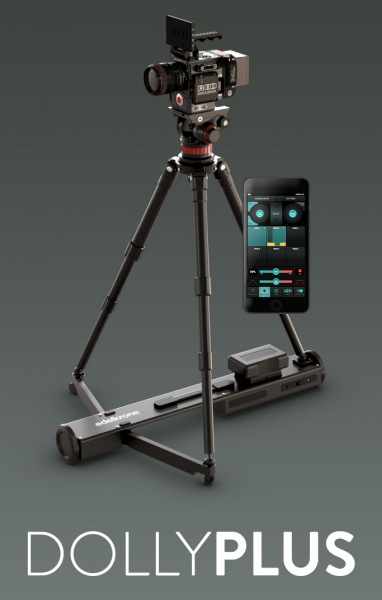 DollyPLUS has been in development for quite some time. Edelkrone originally showed a prototype of the unit at NAB back in April, but it still hasn’t shipped.

The DollyPLUS systems are equipped with two forms of functionality and they can be used as either a traditional linear track or as a curved track where the dolly will move in a 360° circular path. What you do need to remember is these systems are only going to work on very smooth, flat surfaces. 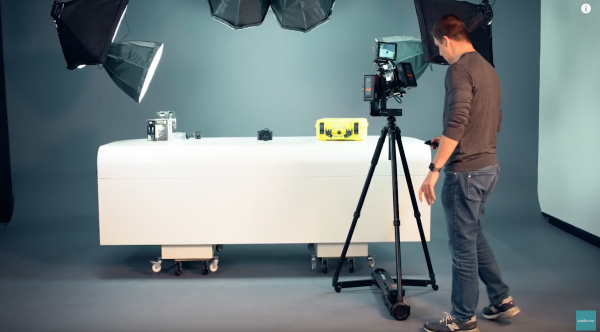 The DollyPLUS looks to have taken some of its design cues from robotic television pedestal camera platforms.

Edelkrone has made two different versions of the DollyPLUS, one is the standard version and the other is the DollyPLUS PRO. While they both feature the same functionality the big difference is how they are powered and what weight capacity they can handle. The DollyPLUS is for smaller camera setups and has a maximum weight capacity of 13.6kg (29.98lb). What you need to keep in mind is that you have to factor in the weight of your tripod as well as your camera package. The DollyPLUS is powered off 2x Canon LP-E6 or 2x NP-F batteries.

The DollyPLUS PRO has a maximum weight capacity of 20kg (44.09lb) and is powered by either Gold Mount or V-Mount Batteries. The DollyPLUS PRO weighs 7.5 kg (16.5lb), while the DollyPLUS tips the scales at 7 kg (15.4lb). Both versions feature 2 step motors with ultra high-res encoders. The maximum speed at which the DollyPLUS and DollyPLUS PRO can move is 9.84 in/sec (25 cm/sec). 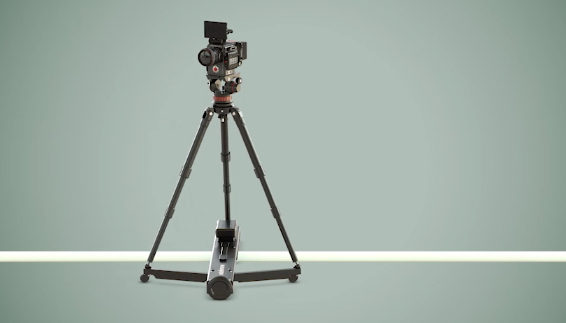 By default the DollyPLUS allows users to do straight slides. This is exactly the same sort of functionality you would expect from any normal dolly, where you can either use it for regular side to side motion or to dolly in or dolly out. What is quite interesting is the DollyPLUS lets you select several points on a straight line and the DollyPLUS will slide to any of those points. You can also put DollyPLUS in a loop between any of the two points you select. 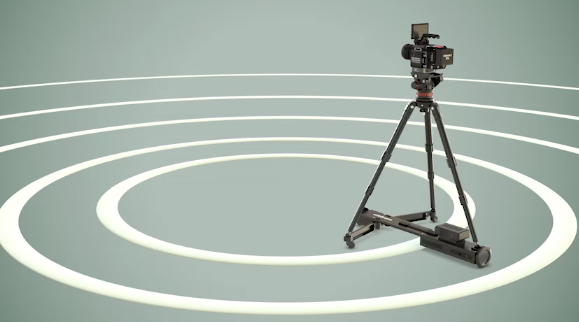 DollyPLUS will create a circular path around any target you choose. By using the easy path creation wizard you can set up and create whatever desired curved move you require. You can even select several points on the curved path and make DollyPLUS go between them. This is an easy way of creating a parallax shot. You can also put it in a loop mode so it will go between any two points which is nice if you are doing interviews. 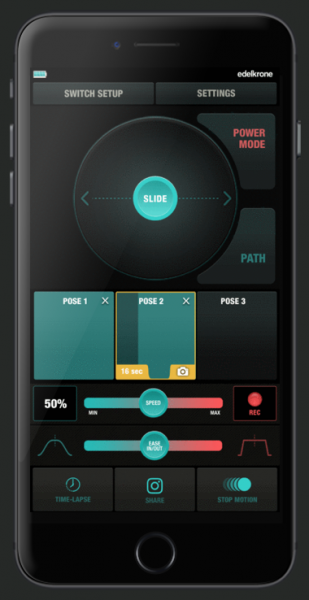 You can use the Edelkrone App to control your DollyPLUS or DollyPLUS PRO. The app will scan the available devices in its surroundings and then will pair with them automatically, giving you a single screen to control all of your devices together. You can use the controls on the top part of the App screen to set the position of your camera. Press and hold on any of the key position buttons to record that position, or use the same button to recall that position. You can adjust the speed and acceleration of the transition between key positions,  or, you can easily create time-lapse videos by using the same key positions.

Connects wirelessly to HeadONE and HeadPLUS

Having a motorized head on DollyPLUS or DolyPLUS PRO allows you to create  4- or 5-axis camera motions which can be easily programmed and repeated. You can record complex moves, motion time-lapses and visual effects shots with these combinations. The devices pair instantly in the background and you still use the same App to control all devices together.

Potential problems and questions I have 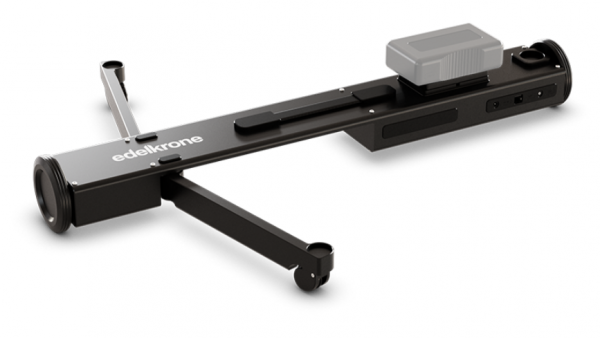 In theory, the DollyPLUS systems sound like a great idea, but it doesn’t say anywhere on their website if the dolly can be moved manually or if it can only move via the motors. I also have absolutely no idea how noisy the motors are on these devices. If you are going to be moving a 20kg payload I would imagne they would have to be fairly powerful motors. Edelkrone says that all of their motorized devices feature a unique silent step motor driving technology which combines ultra precise step motor positioning ability with ultra silent operation. Step motors are perfect for precise motion control but until now their downside has been the noise they make. With edelkrone motorized devices, you will get the world’s most precise positioning with the quietest performance.

The other problem is that the DollyPLUS systems will only work on flat surfaces, and I imagine, those surfaces would also have to be relatively smooth. This is not a system that is going to probably work on something like carpet. This in some ways does make it a little limiting and more for use in studios.

What also concerns me is that there is no actual video on their website that shows the DollyPLUS or DollyPLUS PRO actually moving and how smooth it is. 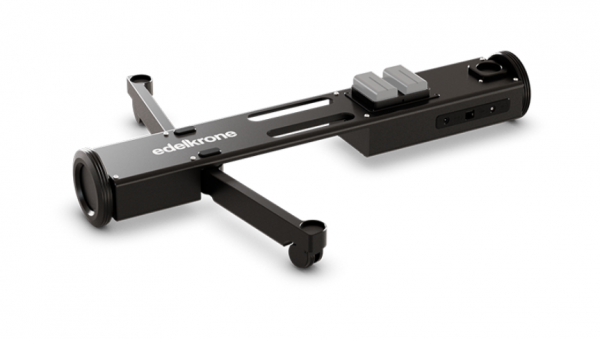 Both the DollyPLUS and DollyPLUS PRO are available to purchase now, but it looks like they won’t start shipping for at least another 4 weeks. The DollyPLUS PRO retails for $2500 USD, but you can currently get it for $2073 USD in a Black Friday deal. This price doesn’t include the V-Mount or Gold Mount battery bracket, which is an additional $89 USD. The DollyPLUS retails for $1500 USD, but again, it is available for $1280 USD in a Black Friday Deal. That price doesn’t include the Sony NP-F or Canon LP-E6 battery plate.